Midnite, an esports betting company based in London, has received over $2.5 million in the latest round of funding. Betfair and GVC Holdings have joined venture capitalist Venrex Investment Management in injecting funds into the startup. This investment brings total funding to date to $4.5m. 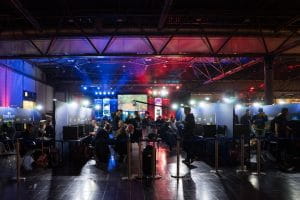 The platform enables customers to bet pre-match and during the action during competitive matches on popular games including Counter Strike Global Offensive, Mortal Kombat 11, Overwatch, StarCraft II: Legacy of the Void alongside many more. It had been in the Alpha test stage since April last year, and the company aim to launch the product in Q1 of this year publicly. The Midnite’s mobile apps and desktop offering have been both been built in-house.

A coup for Midnite’s owners is that the platform has successfully secured a license from the Gamblin Commission, making it the only dedicated esports betting product that can accept UK players legally.

Nick Wright, Midnite co-fonder, said the esports market is enjoying rapid year-on-year growth and represents the “biggest opportunity in this space”. He revealed that since the product has been in Alpha, they have seen total bets for the year more than double. A trend he expected to continue, saying;

Wagering on esports is expected to exceed $12 billion by the end of 2020, making betting already one of the fastest-growing verticals within esports.– Nick Wright Midnite co-founder.

Wright added that while there are tremendous prospects for esport betting, the current generation of bookmakers treats esports as “just another tab” in their legacy offerings. A decision Wright claims is a big mistake as fans of the genre are not simply another type of sports fans; they are an entirely new customer category and deserve a platform tailed for them.

The co-fonder said he described Midnite as an “entertainment platform” and the aim was to provide an immersive experience for esports fans. He said fans of esports enjoy watching the action and betting is the next logical step as many supporters of the genre are knowledgable and analyse player’s performances at esports tournaments. Wright also stated that Midnite created a safe and responsible environment for customers, citing that in the past betting on esports was done at unregulated operators, which means that the activity was unlicensed and that these operators were not taking responsible gambling seriously or performing age verification checks. As a consequence, customers wanting to bet on esports were often placing themselves at risk.

Midnite’s founders were also responsible for the introduction of the daily fantasy football app Dribble. Based on a model that is already popular in the US, Dribble users can dip in and out rather than be required to make a season-long commitment. Customers can play for free or for the chance to win £10, £20, £100 or £200 per game. Similar games in the States by Draftkings and Fanduel have run into regulatory issues, but like Midnite, Dribble’s owners have licensed the product with the UK Gambling Commission to avoid such issues for the UK market. 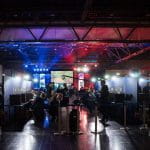