The UK Gambling Commission has ordered Ladbrokes Coral to pay a fine to the value of £2.3m for failing to protect customers exhibiting problem or addicted gambling behaviour.

This is the eighth fine the Commission has issued since 2015. © UK Gambling Commission.

The Gambling Commission argued that the operator had failed to spot signs of problem-gambling among two gamblers on its Gala Interactive website. This failure led to further issues where the operator failed to have written policies and procedures that would have mitigated the situation.

The gamblers used the website over a period of 14 months and used stolen money to gamble, with one individual losing £837,545 and the other £432,765. For their crime of stealing, the two have been jailed for a combined eight and a half years.

The victims of the two individuals will be paid £1.3m by Ladbrokes Coral, while the operator must also contribute £1m towards research into problem gambling and its causes, in addition to the settlement amount.

Commenting on the fine, Sarah Harrison, chief executive of the Gambling Commission, said:

We will continue to take robust action where we see operator failures that harm consumers and the wider public. It is the responsibility of all operators […] to ensure they are protecting their customers and step in when there is behaviour that might indicate problem gambling. This did not happen in this case and the £2.3m penalty package should serve as a warning to other operators.– Sarah Harrison, Chief executive of the Gambling Commission.

Ladbrokes Coral has accepted it was at fault and also volunteered to pay an additional £200,000 to the research. In response to the fine, chief executive at Ladbrokes Coral, Jim Mullen, said:

Running a gambling company carries a huge responsibility to ensure that it is done so in a safe and responsible manner. When any part of our business fails to meet the required standards, it is right that they are held to account. In the two cases reviewed with the commission, it was clear that within our operations, we had not met our own standards or those demanded by the commission.– Jim Mullen, Chief executive at Ladbrokes Coral

Zero-tolerance from the Gambling Commission

The Gambling Commission has been taking a no-nonsense approach throughout 2017. In fact, Coral had already been issued with a fine amounting to £880,000 in April 2016, after which the operator promised to intervene quicker when such cases arise. Its failure to fulfill this promise was a contributing factor in the large value of this fine.

The Gambling Commission made headlines in September when it issued a record £7.8m fine to 888 Group, for serious failings in its social responsibility processes.

The operator had failed to recognise problem behaviour from one user, which led to £1.3m staked over a 13 month period, £55k of which was stolen. Further failings were related to 7,000 customers who had self-excluded themselves from the operator’s bingo platform, who were still able to access the platform due to a technical error. The affected users deposited a total £3.5m over 13 months. Since 2015, the Commission has issued eight penalties amounting to a combined £16m. 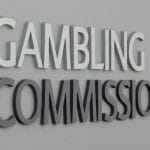