The Mayor of London has pledged to ban gambling-related adverts from being displayed on the London Underground if he is re-elected next month. Junk food adverts and body-shaming adverts will also be banned. 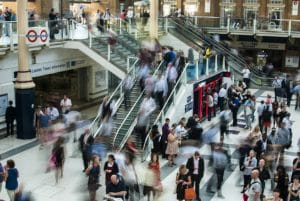 The current Mayor of London has pledged to ban gambling adverts from being displayed on the London Underground network if he is re-elected to the post in next month’s mayoral elections. Sadiq Khan, who is the Labour party’s candidate, promised last night that the current ban on junk food advertisements and those that depict body-shaming would be extended to include gambling.

Khan has held the post since 2016 when he was elected with 44.2% of the first-round votes and 56.8% of the second-round votes. The 2020 election was delayed until May this year due to the coronavirus pandemic.

Khan said: “I’ve already banned body-shaming advertisements and advertisements for foods high in fat, salt and sugar on the TfL (Transport for London) network because of their impact on the health of Londoners.

“Given the devastating way gambling addiction can destroy lives and families, I’ll instruct TfL to bring forward plans to extend the ban to harmful gambling advertisements on the network,”

Under current rules, gambling companies are permitted to advertise on the network, and at the time of writing posters advertising, the now-defunct Football Index are still on display.

On a related topic, the UK regulator has defended its position over its handling of Football Index after consumers were left in the dark over funds when parent company BetIndex went into administration. The regulator has faced a backlash for not acting sooner when it was apparent that the company was experiencing financial difficulties.

The Gambling Commission on their website state they became concerned over the Football Index platform and began a formal review of the company on 20 May 2020; however, the commission state at that time, they had no grounds to suspend BetIndex’s licence.

The Commission state that BetIndex informed them in March 2021 of their intention to self-suspend their licence with a view to a restructuring of the company. At this stage, the UKGC said they had concerns with the timing of the proposed changes, and on 11 March, the UKGC suspended BetIndex’s licence to operate in the UK. The Jersey regulator also took action and suspended the licence issued by them on the same date.

Many former customers of Football Index have questioned why if the regulator was investigating the company in May 2020; they waited so long to suspend their licence. It was a delay that many claim led to them losing thousands of pounds.

The Commission in response states that the suspension of a licence can trigger or hasten a company’s financial collapse. In this instance, they considered other steps of action, but when it became evident that this approach wouldn’t work, they decided to suspend the licence on 11 March.

The Commission has told customers of Football Index that funds that should have been used to pay winning customers is held in a Trust Account, and the matter is pending an application to the Court for directions.

The Commission state there are limitations on what information they can publish, and they will provide information via their website when they have updates to share. 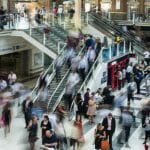