Jon Rahm’s Collapse Features in our Betting Week in Review

In Golf, Masters betting provided good returns for the operators after the punter’s favourite crashed out of contention for the Green Jacket. Euros and Nations League results were also profitable for bookmakers. 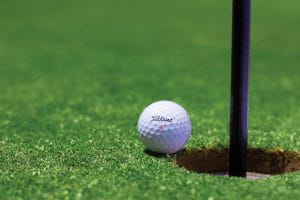 John Rahm went from hero to zero in the Masters. © Pixabay.

Jon Rahm – From Hero to Zero

The chances are, even if you are not normally a fan of golf, you witnessed John Rahm’s incredible hole-in-one in a Master’s practice round. The world number two scored an ace after skimming the ball over a water hazard, a traditional challenge during the practice round,

Rahm’s shot bounced four times as it skimmed the water and finding the green before appearing to defy physics in finding the hole on the 16th green at the Georgia major.

Commentator Tyler Greever called the shot, “one of the most ridiculous things I’ve ever seen in sports”.

Remarkably, it the Spaniard’s second hole-in-one in two days with the 26-year-old finding the hole with a 205-metre effort the day before. Not surprisingly, bookmakers saw a flurry of bets on John Rahm to take the Green Jacket off reigning Masters champion, Tiger Woods.

However, Saturday evening proved to be disastrous for the 8/1 favourite. He was tied for fifth alongside Patrick Cantlay and Sungjae Im, just one shot off the lead but then played two of the worst shots of his career to end his Masters hopes.

On the eighth hole, his wayward shot missed the fairway, narrowly missing some officials to find the rough. His recovery shot didn’t fare much better as an attempted chip hit a tree and rebounded past Rahm who was forced to take a drop-shot and ended the hole with a double-bogey.

No Roar From the Tiger

The bookies were therefore pleased when Woods endured a disastrous 12th hole at the Masters on Sunday. Woods took ten shots to sink the par-3. An incredible collapse from the player was the reigning champion and five-times Masters winner.

Woods ended round 4 on +4 with an overall score of -1, 19 shots adrift of the eventual winner, world number one Dustin Johnson whose record score of 20 under was five shots ahead of Australian Cameron Smith.

Although the Premier League is on a break, there was still plenty of football to bet on with this week with action in both Euro 2020 qualifiers and crucial Nations League games taking place.

Plenty of bets were placed on Scotland ending their 22-year exile from major tournaments; they needed to beat Serbia in a play-off to secure a place in the delayed Euro 2020. It would be the first time since the World Cup in France back in 1998.

Northern Ireland made their debut in Euro 2016 that was held in France; they faced Slovakia in a home tie at Windsor Park, with 1,060 spectators allowed into the stadium.

Both games followed a remarkably similar pattern, but the results were devastatingly different for the two teams. In the Scotland game, Scotland had been leading since the 52nd minute, a goal scored by Ryan Christie.

Whereas in the Northern Ireland game, they were trailing after a misplaced header back to the goalkeeper allowed Juraj Kucka to give his team a 17th-minute lead.

Both games saw drama late on, Scotland’s hearts were broken when Jovic scored for Serbia in the 90th minutes, while over at Windsor Park, Milan Skriniar put the ball into his own net to rescue Northern Ireland with two minutes of normal time left.

Therefore, two draws in games featuring home nations at the final whistle were great news for the bookmakers, ensuring all “to-win” bets on both games returned as losers.

In the games, Scotland held their nerve in extra time and went on to win in a thrilling shoot-out on penalties. David Marshall saved superbly from Aleksandar Mitrovic to give Scotland a 5-4 sudden death win.

The news was not good from Windsor Park though, substitute Michal Duris took advantage of a ricochet to give Slovakia 110th minute lead, an advantage they were able to hold until the final whistle.

Another team to suffer heartache this weekend was England. Their hopes of making next year’s finals in the Nations League rested on getting a result in Belgium.

It was always a tough ask for Gareth Southgate’s team, as Belgium are the top-ranked team in the world and haven’t suffered defeat on home soil for four years.

Despite having 16 shots in the game, twice the number the hosts had, England failed to convert any of their chances, and two early goals from Leicester City’s Youri Tielemans (10) and Dries Mertens (26) ensured England finished third in the group. A result that means they have failed to qualify for the later stages which will be played after next summer’s Euro 2020.

An England loss is always good news for the bookmaker, and very few would have predicted Tielemans to open the scoring. The 23-year old has only scored 19 goals in 162 appearances in all competitions. He was a 16/1 shot for the first goal and was priced at 11/2 to score at anytime.

Belgium’s clean sheet was also a bonus for operators, the both teams to score was a well-backed market for this fixture. 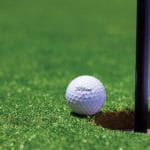 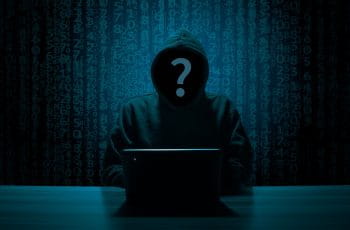