The government’s final verdict on its review of the gambling industry, focusing on advertising standards and a cut to fixed-odds betting terminals (FOBT) stakes, is to be delayed. 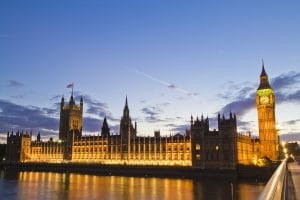 Industry has been waiting for over a year for government’s decision on the review. © Pexels.

The review has garnered much media and public interest as it looks set to slash the maximum stake on FOBT machines from £100 to £2.

However, government insiders are reporting that government’s decision on the issue is to be delayed, as the UK Chancellor, Phillip Hammond, has put the decision on hold.

It is thought that the decision will be announced after key local council elections taking place on 3 May.

The Chancellor is said to have stepped in to prevent the maximum stake cut to £2 due to concerns over the millions in lost tax revenue that this move would cause.

The Times is reporting that Hammond has refused to sign off on the review and the suggested measures, supplied by the Department for Digital, Culture, Media and Sport, until an adequate answer is given as to how this tax revenue will be replaced.

The delay could cause another uproar among Hammond’s Conservative party, who had recently threatened revolt should the maximum cut not be imposed.

Operators could use the delay to seek a better deal

The judgment was meant to be passed by the end of the month, but despite this delay meaning the result will have taken more than a year to be delivered, operators may welcome yet another delay.

With Hammond fretting over tax revenue, operators will now scramble to reach a compromise behind closed doors and look to avoid the nuclear option of a maximum stake cut to £2.

Betting giants such as Ladbrokes Coral have long stated just how much such a move would cost them. Ladbrokes Coral has the largest portfolio of FOBTs in the UK and is therefore most exposed to potential stake cuts. Analysts have predicted that the company could lose around £437m yearly should stakes be cut to £2.

This would be of concern to MPs however, as Carolyn Harris, chairwoman of the MPs all-party group on FOBTs said:

Any suggestion that the bookmakers may be looking to a backroom deal with the government is of deep concern. This is not a matter of protecting bookmaker profits or corporate interests.– Carolyn Harris, chairwoman of the MPs all-party group on FOBTs

Operators also received welcome news back in March, when the UK Gambling Commission issued its recommendations to government on the topic. Against expectations, the Commission recommended that stakes should be set at £30 or lower, but not at £2. 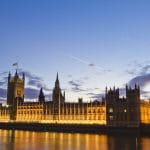