A long-awaited review into the gambling industry has finally been released. Authored by the Department for Digital, Culture, Media and Sport (DCMS), the review has been waited upon intently by operators, due to the promised crackdown on fixed-odds betting terminals (FOBTs). 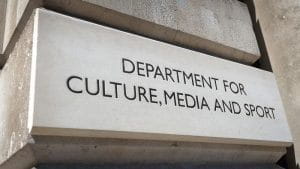 The Department could set stakes as low as £2 on betting terminals in shops. © Civil Service World.

The review calls for maximum stakes on the machines to be cut from the current £100 to between £2 and £50. A twelve-week consultation period will now follow, during which operators are expected to lobby significantly to avoid a drastic cut to a £2 maximum stake. The review also hinted at a possible slow-down in the pace which punters can make bets on the machines, with the current interval twenty seconds.

FOBTs have been the subject of much scrutiny by government and the media due to the large amounts of money that could be lost in short spaces of time. Figures from GambleAware have shown that more than 200,000 individuals had lost over £1,000 in one session while using an FOBT in 2016.

It is vital that we strike the right balance between socially responsible growth and protecting the most vulnerable, including children, from gambling-related harm. Given the strong evidence and public concerns about the risks of high stakes gaming machines on the high street, we are convinced of the need for action. That is why today we have set out a package of proposals to ensure all consumers and wider communities are protected. We have seen online gambling grow rapidly and we need to protect players in this space, while also making sure those experiencing harm relating to gambling receive the help they need.– Tracey Crouch, Minister for the Department of Digital, Culture, Media and Sport.

Operators have publicly stated they would accept a cut to the stakes on FOBTs. While a cut to £2 would hit operators hard, it does seem unlikely that this will be the result. It would appear then that the bookmakers will be fairly happy with the content of the report and will lobby heavily during the consultation period to try to avoid the £2 maximum stake.

Not everyone is pleased with the report though. Labour’s Tom Watson, who has vocally criticised operators in recent months, has expressed disappointment with the lengths government appears willing to go to, saying:

There’s an old maxim that the bookies always win and they’ve won again today. Ministers have squandered a real opportunity to curb highly addictive FOBTs, which can cause real harm to individuals, their families and local communities. After months of delays they’ve simply decided to have another consultation.– Tom Watson, Deputy leader of the Labour party

The report also touched upon potential funding for a problem gambling advertising awareness campaign and better protection methods for online gamblers, such as self-exclusion methods. A UK wide self-exclusion scheme, named GAMSTOP, would enable bettors to exclude themselves from multiple partaking bookmakers licensed by the Gambling Commission through a single process.

However, the Remote Gambling Association (RGA) has hinted that the roll-out of the scheme, planned to go live at the end of 2017, will now be pushed back to next year. This is at odds with what is contained in the government report, which suggests that GAMSTOP will be ready by the end of the year.

You can read the review in full here. 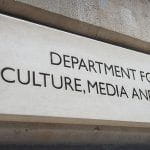