Gibraltar has set a world-first after becoming the first jurisdiction to implement a regulatory framework for firms utilising blockchain technology, with the introduction of the Distributed Ledger Technology Regulatory Framework (DLT Framework). 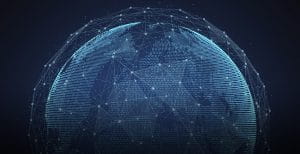 Firms utilising blockchain technology will now need a licence granted by Gibraltar to operate in its jurisdiction. © Mojix.

The bill passed through parliament in December and states that all businesses using Distributed Ledger Technology (DLT) – more commonly known as the blockchain – to store or send currency or assets within the jurisdiction, must acquire a licence from the Gibraltar Financial Services Commission (GFSC).

The new regulatory framework came into effect on January 1st 2018, with the GFSC being the regulatory body responsible for overseeing the technology. Most importantly, the framework states that all firms using blockchain technology will have to apply to the GFSC for a licence to operate within Gibraltar’s jurisdiction.

The licence was made possible by a bill that moved through parliament in December which amended the British overseas territory’s Financial Services (Investment and Fiduciary Services) Act, that legally defined blockchain as a means of storing and transmitting value under Gibraltar law.

Speaking about the new framework, Nicky Gomez, head of risk and innovation at the GFSC, said:

We are really excited to finally welcome applications from DLT providers; the team expects to be very busy in the coming months, and are looking forward to working on some interesting and innovative ideas with applicants. Working closely and collaboratively with the financial services industry and the Government of Gibraltar has resulted in the GFSC becoming the first regulator to introduce a DLT Regulatory Framework. It is a very encouraging time and we are also looking forward to the challenge.– Nicky Gomez, GFSC head of risk and innovation

Customer protection – and innovation – at the core

There are nine regulatory principles of the framework that any firms applying must meet to be granted a licence. The primary objective of the licence is said to be to protect customers and consumers and this factor will take priority when distributing licences, which will be done on a case-by-case basis.

To that end, a number of the principles have to do with ensuring those firms that apply for licences have adequate resources, diligence, governance and security in place.

But the move is also part of an ongoing push from Gibraltar to become a world leader when it comes to innovation, specifically in relation to blockchain technology. Proposals for the framework were published back in May 2017 and Gibraltar’s implementation of the regulations makes it the first state in the world to do so.

Officials in Gibraltar are also aiming to bring regulation to cryptocurrency exchanges and sales. A statement from the GFSC, released in September last year, publicising the planned framework to regulate DLT, also made reference to plans to watch over initial coin offerings (ICOs) – the sale of cryptocurrencies – that are aligned with block chain technology.

These sales are common, with LetBet the most recent online gambling platform to offer an ICO for its own cryptocurrency, LetBet coin (LBT). However, these sales are currently unregulated, meaning investors have no guarantee of compensation should things go wrong.

A number of authorities are warning of the risks of ICOs, with China banning the scheme altogether last year, but few are making the strides that Gibraltar have. 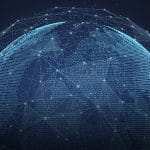