The Governments of the United Kingdom (UK) and Gibraltar have signed a bilateral agreement to ensure that online gambling firms that operate from Gibraltar will be able to continue to offer their services to the UK market post-Brexit. 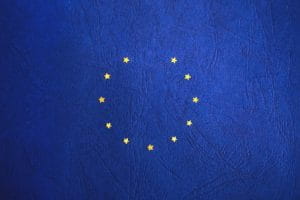 Gibraltar will receive the same deal as the UK after it exits the EU. © Pexels.

The move was orchestrated by the Gibraltar financial services community and covers the gambling industry as part of the wider finance industry.

The deal will see the sector granted guaranteed access to UK markets until 2020, after which a fixed, permanent framework, to be drawn up throughout the time-period, will be implemented. Gibraltar will receive the same treatment as the UK when Britain officially exits the European Union (EU) in March 2019.

The deal comes after the two governments had set up a Brexit working group on gambling – the Inter-Governmental Working Group on Online Gambling Gibraltar – as part of the wider Brexit discussions and negotiations.

The working group comprised the Department of Digital, Culture, Media, and Sport (DCMS) and the UK Gambling Commission in the UK, along with Gibraltar’s gambling minister, Albert Isola, and local private sector stakeholders.

Fabian Picardo, Chief Minister in Gibraltar, said about the deal:

Great care has rightly been taken by the UK and Gibraltar to ensure regulatory standards will be maintained between us in a manner that will be designed to assure customer protection and equivalence on regulatory outcomes going forward.– Fabian Picardo, Gibraltar Chief Minister

Robin Walker, Britain’s Minister of State at the Department for Exiting the European Union, said:

Today we have agreed a positive package deal on issues surrounding our exit from the EU, once again demonstrating that we stand shoulder to shoulder with Gibraltarians in our unwavering commitment to the UK-Gibraltar relationship.– Robin Walker, Minister of State at the Department for Exiting the European Union

Gibraltar has had to act swiftly to ensure the survival of its thriving finance and gambling industry ever since Britain voted to leave the EU in 2016. Fears were confirmed in 2017 after a European Court of Justice (ECJ) ruling stated that Gibraltar’s access the EU’s single market was enabled by its sovereign relationship with Britain and it would therefore not continue after Britain leaves the EU.

Currently, a host of major online gambling operators head up their operations out of Gibraltar, thanks largely to low corporate taxes.

However, access to the single market was another big factor in operators choosing to be based there. After the Brexit vote, many operators have publicly stated they will weigh up their options and review their licensing agreements in Gibraltar, with Malta hoping to attract any operators that want to relocate. 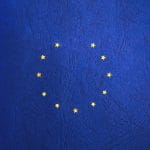