For football betting fans, the FA Cup Third Round is a highlight in the sporting calendar. The one thing you can guarantee is headlines and this weekend was no different. Join us as we recap the action from the world’s oldest football competition. 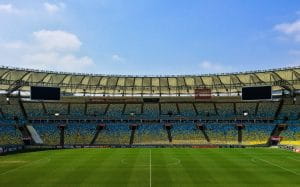 The FA Cup Features in Our Betting Review © Pixabay.

Sixty-eight places separate Leeds United in the Premier League and League Two’s Crawley Town and the bookmaker’s pre-game odds of 15/1 sounded a fair reflection of a team sitting in sixth in the fourth division. After all, Leeds’ highest-paid player, Patrick Bamford earns £1,820,000 a year, more than the £1,769,820 annual wage bill at the Broadfield Stadium in Crawley, a routine win seemed a likely result for top-flight Leeds.

Leeds manager Marcelo Bielsa has quite rightly received many plaudits for the way he has transformed Leeds. Once the bridesmaid in the Championship, Bielsa’s brand of attacking football saw Leeds promoted as Champions and on the way they picked up a lot of neutrals who enjoyed the often gung-ho style of the team.

It’s easy to criticise Marcelo Bielsa’s team selection with hindsight but choosing to rest Patrick Bamford, Luke Ayling, Stuart Dallas and Mateusz Klich against a team on an eight-game unbeaten run was a risk. However, in fairness to the Italian, the starting line-up did include Kalvin Phillips, Pablo Hernandez, Ezgjan Alioski and club-record signing Rodrigo who cost £26m from Valencia.

Whenever a lower league team play a top-flight club, the longer the game goes on without a goal, the more you suspect an upset could be on the cards. So after a goalless first half, confidence grew with the Crawley team, and they produced a spectacular second-half performance that will live forever in FA Cup folklore.

Nick Tsaroulla ensured Crawley fans would forever remember his name after opening the scoring in the 50th minute.

The 21-year-old in only his seventh game in senior football took on and beat three defenders before finishing to give his team the lead. The lead was doubled three minutes later, Leeds’ keeper Kiko Casilla made a mistake that allowed Ashley Nadesan to make it two. Jordan Tunnicliffe made it three after 70 minutes but the scoreline could and should have been even more emphatic.

The final scoreline of 3-0 to Crawley is the first time in 34 years that a top-flight team has lost to a fourth-tier club by a three-goal margin and only the second time in 64 years. Crawley will be looking forward to tonight’s fourth and fifth-round draws with interest.

Baggies Seaside Trip is No Holiday

Blackpool are a club that has endured many turbulent years. Unless you are a West Bromwich Albion fan, it’s hard to begrudge them their win over Premier League opposition. Currently sitting 13th in League Two, with one win in five games, the FA Cup tie was a welcome distraction from a league campaign that has already seen them fall fifteen points behind leaders Lincoln City.

Life as a Blackpool fan ironically mirrors one of the town’s main tourist attractions, the Pepsi Max. Blackpool in 2010 was flying high; a 6th place finish in the Championship meant the club had qualified for the playoffs and a chance to compete in football’s richest prize, the playoff final that is worth an estimated £90m to the winner. A thrilling 3-2 win over Swansea in the final after a 6-4 aggregate win over Nottingham Forest gave Blackpool a seat at the top table.

They faced a West Bromwich team that are struggling themselves. Sam Allardyce has been brought in to save a sinking ship, but after five wins in charge, Big Sam is winless, a draw against Liverpool being the biggest highlight so far. This game was seen as a chance to bring some joy to the club. The bookies certainly thought so, West Brom 3/1 compared to 6/1 for the Seasiders and 5/1 for the draw.

The FA Cup is no respecter of league positions though, and it was the League One club that set the pace, taking the lead twice in the game. Jerry Yates in the 40th minute and Gary Madine in the 66th only for Brom to equalise through Semi Ajayi (52) and Costa Pereira who converted a penalty in the 80th minute to set up extra time.

With no goals in extra time, the tie would be decided from the spot. Blackpool’s Chris Maxwell was the hero, saving three shots to take his side through to the fourth round.

Sometimes it makes sense to get your bets in early but spare a thought for those Aston Villa punters who backed their team to beat Liverpool early in the week.

Villa has been somewhat overachieving in the league, just seven points shy of Liverpool and with two games in hand. The last time the two teams met, Villa won 7-2, a scoreline that is still this season’s standout result so with this in mind, it’s understandable that Villa fans had every reason to feel confident ahead of Friday night’s clash.

Covid, of course, had other ideas and an outbreak at the training ground meant Villa were forced to field a side that didn’t contain a single first time regular. Seven under-23’s and four under-18’s kicked off against Liverpool who had fielded a strong side including Mohamed Salah, Mané, Henderson and Minamino.

Such was the plight to get a team together, the club’s chief executive Christian Purslow described scenes of “mums and dads dropping their kids off at the ground”. And while Villa knew realistically, they didn’t have a chance to progress; the game was memorable for 17-year-old Louie Barry.

Sadio Mane had given the visitors the lead after four minutes, but it four minutes before the interval that Barry scored to give the youngster a day to remember. The former West Bromwich player moved to Barcelona in 2019 before joining Villa in January last year and frightened the champions with a composed finish.

There would be no fairytale ending for the Villa kids though. Mane scored his second of the game in the 63rd minute and as the youngsters tired, further goals from Georginio Wijnaldum (60) and Mohamed Salah (65) put the game out of reach. 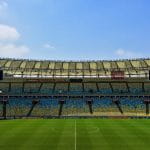