The GentingBet sportsbook is to be disbanded as its owners concentrate on its core casino offering. The restructuring will see the loss of 16 jobs in Malta. The company has not clarified the situation with open bets. 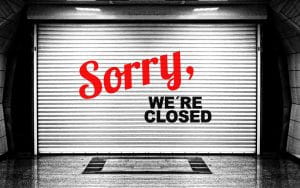 The GentingBet brand will be wound down next month as its owners are instead concentrating on GentingCasino. Genting will release an updated version of their casino product, this time powered by SkillOnNet, which also powers the PlayOJO operator and are licenced to offer casino products to the UK market.

The move will see an end to the current sportsbook, which FSB powers and has been accepting UK players since 2014.

Genting has said that existing customers will be able to migrate their current sportsbook account over to the casino vertical, or they can choose to close their accounts. The company has yet to decide what to do with any open bets that customers may have. Other companies in similar situations have voided all bets, while the more generous have paid out bets as winners in the past.

It is understood that the company has been considering these changes since March this year, and confirmation of the changes will result in the loss of sixteen jobs at the operator’s Malta office. Insiders say that discussions with staff have been ongoing for a few months. Those affected have been given three months’ notice of contract termination and have been given extra months pay as a goodwill gesture.

The company has stated that the closure of the sports betting division allows them to re-focus the company’s attention and efforts on their core business of online casino. In addition, Genting has publicaly stated that the decision to close GentingBet was not based on the verticals financial performance during the pandemic.

While many online sportsbook operators have enjoyed profitable results, the Malaysia-based Genting reported a 47% decline in their year-on-year figures to £1.9bn. Earnings Before Interest, Taxes, Depreciation, and Amortisation (EBITDA), a measure used to gauge a company’s performance, fell by 63% during the same time.

Paul Willcock, Genting’s UK president and the Chief commercial officer, said: “The decision was taken purely on the basis of what was right for our business and has been in no way affected by the impact of the coronavirus pandemic on our land-based business.

“Of course, it has been a difficult year for the entire leisure industry, but our venues across the UK are now back open and performing strongly,”

Maor Nutkevitch, the head of corporate development at SkillOnNet, was pleased that his company partnered with Genting to provide their casino offering. He said: “Our in-house platform, coupled with our B2C operations experience, has powered some of Europe’s biggest online casino brands, and Genting’s online brand is a great addition to our roster.” 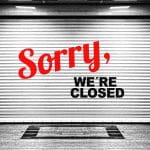