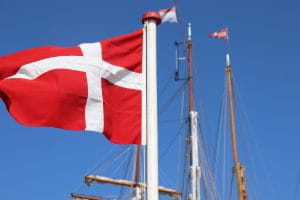 A Danish court has granted an injunction against FirstPlay A/S which prevents the Bulgarian based company from directly or indirectly perform activities related to the collection, processing and distribution of sports data. Genius Sport alleges that FirstPlay poached staff from its Sofia offices, giving the competitor access to IP secrets and further business-sensitive data.

The Court of Copenhagen found the case proven and ordered the injunction be in place for eighteen months. Genius Sport confirmed they are pursuing similar court proceedings in Bulgaria where the offences took place.

Genius Sports chief services & delivery officer, Stephen Gardner, called the ruling rewarded the company for its “ethical business practices” and for running the business in a “fair and transparent manner”.

The court proceedings centre around Genius Sports acquisition of InPlay Sports Data in 2018, a specialist unit that the plaintiff said was targeted by FirstPlay AS. They allege that several employees left the company once the purchase of InPlay was complete and set up a rival startup. The new business then actively targeted Genius Sport’s employees. The court was told of emails that showed that on at least two occasions efforts were made to obtain “knowledge of trade secrets/business-related sensitive data” relating to current staffing salaries and the company’s data portfolio and pricing model.

The court ruled in Genius Sport’s favour and called FirstPlay’s attempts to recruit from Genius as a “talent drain” which contravened the Danish Marketing Practices Act. The court ordered that the injunction against the company would also apply to the two individual owners of the company. The court also imposed a fee of DKK150,000 in costs on FirstPlay to be paid to Genius Sports. FirstPlay in response said that the injunction was “absolutely unfair and didn’t reflect reality”, the company insist that only six employees were recruited from Genius Sports. They added that all those that left Genius Sports did so due to their own free will. A statement from FirstPlay reads:

“All industries are reliant on good levels of competition in order to evolve and grow which is something FirstPlay have provided within the sports data market. “FirstPlay is a company that offers new employees a sports data startup environment with added excitement and dynamism.”

The statement ends with, “Our team have the opportunity to showcase a lot of creativity on a daily basis which many people in the field find as a very attractive proposition.” FirstPlay has confirmed that they intend to appeal the court’s decision. On the company’s website, they are advertising for Software QA Engineers and Technical Services Administrator for the Sofia office. 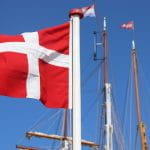