The Chief Executive of the UK Gambling Commission, Sarah Harrison, is set to leave her role at the company in February 2018 after just two years. 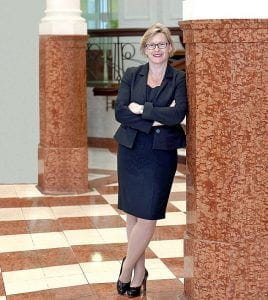 Harrison will depart the Gambling Commission in February 2018. © This is money.

Harrison will take up a new senior role at the Department for Business, Energy and Industrial Strategy.

Sarah Harrison has been with the Gambling Commission for two years, after replacing Jenny Williams as CEO back in October 2015. Prior to this, she was a senior partner at Ofgem and headed up the sustainable development division. Harrison worked at Ofgem for 15 years and had two other roles at the organisation, including Managing Director of Corporate Affairs and Director of Communications.

The Commission has stated that the search for a successor is already underway and an announcement will follow once a replacement has been appointed. In the meantime, Neil McArthur, Chief Counsel and Executive Director at the Commission, will act as Chief Executive from the date of Harrison’s departure, until a replacement is found.

Commenting on her time at the Commission, Chairman of the Gambling Commission, Bill Moyes, said:

The Gambling Commission has set an ambitious agenda and clear priorities for treating customers fairly and making play safer and our new three-year strategy embeds this approach for the future. Sarah’s impact has been significant in shaping this direction of travel. I and my Board colleagues wish Sarah every success for the future and look forward to continuing to work with her to deliver this agenda over the next few months.– Bill Moyes, Chairman of the Gambling Commission

Harrison had this to say of her time at the Commission:

I am proud of the work that all at the Commission have delivered together. I am very confident that as the Commission delivers its new strategy it will go from strength to strength and will continue to make gambling in Britain fairer and safer.– Sarah Harrison, CEO of the Gambling Commission

The Commission has held a much tighter grip on operators and the industry throughout Harrison’s reign. Eight fines have been issued to operators since 2015, amounting to around £16m. Recently, a penalty was issued to Broadway Gaming Ltd, who were ordered by the Advertising Standards Authority to pay £100,000 for misleading customers around the terms of a bonus offer contained in an advert.

Broadway Gaming has accepted the charges and the fact that the adverts breached the Gambling Commission’s social responsibility codes. 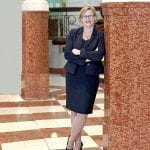