GambleAware receives a record £9.4m in donations for 2017

GambleAware has announced that it has received a record amount of £9.4m from operators and other stakeholders in the gambling industry for the full year of 2017.

The figure is a 16% annual increase on the amount received in 2016. However, it is still short of the £10m the charity aimed to raise for the year.

GambleAware is an independent charity that aims to reduce gambling-related harm. The National Responsible Gambling Strategy Board (RSGB) has estimated that it requires £10m per year to achieve this goal.

To raise the funds required to undertake this challenge, GambleAware asks all bodies that profit from the gambling industry in the UK to donate a minimum 0.1% of annual profits.

That donation is voluntary, but GambleAware has announced a new approach for 2018. This year, gambling firms will be asked to self-certify that they have donated to GambleAware. The data will be published on GambleAware’s website.

The charity hopes that this name and shame approach of operators that haven’t donated the minimum amount will help them to reach the £10m annual goal.

In a statement discussing the new policy, GambleAware said:

In order to raise our target, we ask all those who profit from the gambling industry in Britain to donate a minimum of 0.1% of their annual Gross Gambling Yield,” said GambleAware in a statement. We do not seek to restrict what funds may be distributed over and beyond this threshold but consider that any donation made to other safer gambling initiatives or organisations should be additional to the recommended contribution of 0.1% of your GGY to GambleAware.– Statement , GambleAware

The measure is not only intended to raise more funds. Improving both transparency and efficiency are key goals of the organisation as it helps to tackle problem-gambling related harm and assist those with gambling problems.

Despite this approach, GambleAware chief executive, Marc Etches, has praised the industry for last year’s donations.

In an open letter, he expressed his satisfaction to the industry’s response to poor funding in 2016, saying:

Last October we made very public our concerns regarding the industry’s funding of GambleAware. Six months later, it is only fair that, just as publicly, we acknowledge and thank all those in the industry who have helped us to achieve a record-breaking £9.4 million in voluntary donations, for the 12 months ending 31st March 2018. This total represents a 16% increase on the previous year.– Marc Etches, chief executive at GambleAware

In other news, GambleAware entered into a partnership with Crystal Palace this week, with the Premier League club set to show adverts raising awareness of gambling-related harm in football at their stadium. 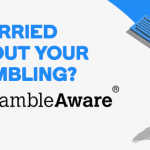