French operators have seen a halving of sports betting revenue due to the lack of sporting events during the Covid-19 crisis. Poker revenues rocketed, enjoying triple-digit growth on the previous year. 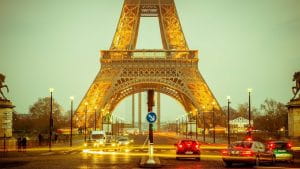 French regulator ANJ revealed that the French gross gambling revenue (GGR) declined 6% year-on-year to a figure of €323m. The number of active accounts also fell, falling 9% compared to last year. The data reveals that the period between 16 March and 10 May was the most challenging for the operators, dates that coincide with the cancellation of sporting events globally, GGR fell 24% in that period.

While online sports betting revenues fell overall, one sport that showed increased revenue was horseracing, despite French courses being under quarantine until May. Revenues in Q2 rose by 33% to €88m (£78.5m), the highest takings since the market opened in 2010. €192m was wagered on horse racing between March 18 – 12 May 2020, up from €165m.

The upturn in horseracing betting can be attributed, at least in part, by a decision by the regulator to increase the number of races that could be wagered on. The ANJ added several additional international races, not normally permitted under French law, to mitigate the loss of domestic racing.

The regulator also allowed an additional seven sporting events that licenced operators do not normally feature. These include; Australian football and soccer, the Hungarian football cup, first division football leagues in South Korea and China, baseball in Korea and hockey in Belarus.

The figures released by the regulator are the first since they took full responsibility for regulatory oversight of the French market from previous regulator ARJEL. All French online gambling is under ANJ’s regulatory mandate alongside state-owned operators Française des Jeux (FDJ) and the PMU. Also under the ANJ’s remit are all gambling activity on course at France’s 228 tracks and the 202 land-based casinos in the country.

Taking the newly-created role of chair of the ANJ, Isabelle Falque-Pierrotin was keen to stress the new organisation was not just a more powerful ARJEL. Saying: “The ANJ is not an enlarged ARJEL, it is a new project that requires rethinking regulation.”

Stating the goals of the regulator, Falque-Pierrotin said:

It has to adapt its intervention to monopolies (FDJ and PMU) and to players gambling mostly anonymously in points of sale. I would like to set up a regulation that combines support and control in order to better serve and protect players – Isabelle Falque-Pierrotin, ANJ Chairwoman

ANJ has said they will be taking an evidence-based approach to tackling gambling-related harm. There are over 1.2 million people in the country who are problem gamblers. The regulator will take control of the French self-exclusion register from the Ministry of Home Affairs in September and will devise a new platform for the process. 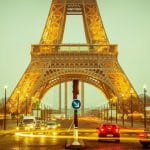