The world’s oldest cup competition reaches its climax this weekend with a great looking final between Chelsea & Leicester City. Ahead of the action, we preview the game and tell you which players we feel will make the difference on Saturday. 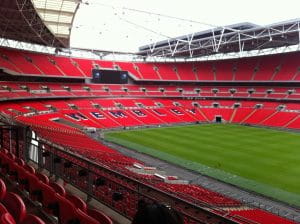 Chelsea’s Road to the Final

Chelsea could hardly have had an easier route to the semi-finals if Roman Abramovich had picked the balls out himself.

The Blues started in the third round with a tie against League Two opposition in the shape of Morecambe FC. And while Morecambe would end their league campaign on a high, reaching the play-offs, the gulf in quality was evident as Chelsea secured an easy 4-0 win with goals from Mason Mount, Timo Werner, Callum Hudson-Odoi and Kai Havertz. A talking point from the game was that Timo Werner scored his first club goal for over two months.

Championship side Luton were Chelsea’s opponents in the fourth round; Tammy Abraham scored a hattrick in that tie. Luton’s Jordan Clark took advantage of a mistake by Kepa Arrizabalaga to give the Hatters hope, but the game ended 3-1. Nevertheless, it was a welcome win for the then manager Frank Lampard, who was under pressure due to his team’s poor league displays.

Abraham came to his side’s rescue in the fifth round; his goal in the 64th minute was the difference between Chelsea and Barnsley. Thomas Tuchel had replaced Frank Lampard by this stage, and the German will know his side were lucky against a disciplined side. Barnsley’s Alex Mowatt and Callum Brittain were excellent, and the Championship team had fourteen shots in that game, compared to just six from Chelsea.

Chelsea finally met Premier League opposition in the quarter-finals; however, they faced Sheffield United, who have spent almost the entirety of the season rooted to the bottom of the table. The Blades, to their credit, put up a good fight, but an own goal by midfielder Oliver Norwood and a very late goal by Hakim Ziyech saw the eight-time winners through to the semi-finals.

Ziyech also scored in the next round; his goal in the 55th minute and the newfound defensive strength instilled under Tuchel was enough to ease them past the competition’s favourites Manchester City 1-0. It was also a win that prevented Manchester City from being able to claim an unprecedented quadruple this season.

Leicester’s Road to the Final

In the first week of the new year, Leicester travelled to Stoke in the third round and made light work of the Championship side with a 4-0 win at the bet365 Stadium. Goals from James Justin 34′ MarcAlbrighton 59′ Ayoze Pérez 79′ Harvey Barnes 81′ took the Foxes to the fourth round.

Leicester faced another Championship team next, Brentford. Brentford has had a great season in the Championship, finishing just four points shy of automatic promotion and could still play Premier League football next season if they prevail in the playoffs in which they are competing with Swansea, Barnsley and Bournemouth. In the game against Leicester, they got off to a flying start and took the lead after seven minutes, thanks to a Mads Bech Sørensen goal. However, Leicester fought back in the second half and won the game 1-3 thanks to goals from Cengiz Ünder, a Youri Tielemans penalty and James Maddison.

Premier League opposition was next, with a midweek home game against Brighton. Leicester was fortunate, Kelechi Iheanacho snatching the winner after 93 minutes in a narrow 1-0 win.

Leicester’s best performance in the FA Cup so far was an impressive 3-1 win against Manchester United. The hero of the last round, Iheanacho, put the home side in front after 24 minutes, but the lead only lasted fourteen minutes due to a goal from Mason Greenwood. However, Leicester dominated the second half and deserved to take the lead after 52 minutes with a Youri Tielemans goal. Iheanacho scored his second goal of the game and put the tie to bed with a goal in the 76th minute.

Leicester had the easier of the two semi-finals, facing Southampton while Chelsea faced Manchester City. The game was settled by a solitary goal, once again scored by Iheanacho, who always seems to score when needed due to injuries to Jamie Vardy.

What Do The Bookies Think?

It’s no surprise to see Chelsea @ 10/11 to win this game. Chelsea has only suffered two defeats (2-5 West Brom & 0-1 v Porto) in the last twenty-six games in all competitions. They have only conceded one goal in the FA Cup this campaign, and recent form has been excellent. They have beaten champions Manchester City twice and knocked out Real Madrid to reach the final of the Champion League. They have won this trophy eight times and was runner-up to Arsenal in last years final.

Leicester is priced at 3/1, but they have defied much bigger odds in the past, and in a cup final, anything can happen. Wimbledon’s famous win over Liverpool in 1988 and Wigan lifting the famous cup but suffering relegation from the Premier League in the same season immediately spring to mind. The FA Cup is renowned for upsets, and if Leicester performs to their ability, it could happen. It did seem like Leicester might blow their chance to qualify for the Champions League for the second year running after a costly 1-1 draw with Southampton and a sound 4-2 beating by Newcastle at home. However, these concerns have reduced after a good performance in the 2-1 win at Old Trafford in midweek against Manchester United.

Mason Mount (Chelsea) – 22-year-old Mount is having an incredible season for Chelsea and will hopefully bring this form into the England team for the Euros. His six goals and five assists in the Premier League doesn’t tell the full story of his contribution to the team. He is 3rd in assists from set-plays, in the top ten for key passes, in the top ten for tackles made, top five for xGA and top ten for pass progression.

Timo Werner (Chelsea) – Chelsea paid £45 to trigger the release clause of 25-year-old Werner from RB Leipzig and had high hopes for the German international. In his last year at RB, he scored twenty-eight goals in 31 games. It’s fair to say he’s not found life as easy in the Premier League as he did in the Bundesliga and has been guilty of missing some very easy chances. His tally of six goals and eight assists in the league is poor by his standards, although there are signs he is becoming a more complete player.

Odds to score the first goal 5/1

Jamie Vardy (Leicester) – Some things get better with age, and that certainly applies to 34-year-old Jamie Vardy. He signed for Leicester, a Championship team at the time, in May 2012 after scoring 34 goals in non-league. His 16 goals in the Championship helped Leicester to promotion More importantly, his 24 league goals in 2016 were crucial to Leicester’s Premier League title that year. Although Vardy has suffered from injuries this year, he is always a danger.

Odds to score the first goal 6/1

Kelechi Iheanacho (Leicester) – Often used when Jamie Vardy is injured, 24-year-old Iheanacho is a much better player than his cameo role suggests and could take Vardy’s crown eventually. In fifteen starts, he has scored 11 goals and made two assists which are decent numbers, but his value is shown more in cup competitions. From five starts (two as a substitute) in the Europa League, he has three goals and three assists. He is also an FA Cup specialist; from two starts (three as a substitute), he has four goals.

The FA Cup final between Chelsea & Leicester is on Saturday at 17:15. TV coverage is on both BBC One and BT Sport 1. 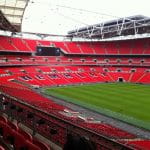