The European Ombudsman has ruled against a claim by the European Gaming and Betting Association (EGBA) that the European Commission (EC) had failed to enforce EU gambling law in a number of Member States. 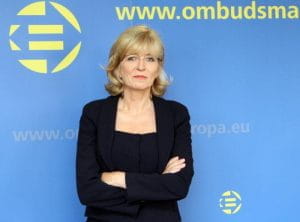 The EGBA, who represents a number of online betting operators in the European Union (EU), had made a number of infringement complaints to the EC, claiming that in many Member States, gambling law and regulatory frameworks are not in line with that of EU law.

Specifically, the complaints related to the regulatory frameworks in Belgium, Cyprus, Czech Republic, Lithuania, Poland and Romania made in 2013, along with a lack of action from the Commission in relation to Sweden failing to amend its gambling laws in 2014.

Other infringement proceedings referred by EGBA related to a lack of action from the EC when it was found the German interstate Treaty of Gambling was incompatible with EU law and a general lack of transparency from MEPs when it came to documents and issues surrounding gambling.

In December 2016, the EGBA – along with seven online gambling associations – wrote to the Commission to voice their dissatisfaction and to complain about the lack of action on the above issues.

The Commission replied in January 2017, stating that it continuously works with Member States to ensure compliance between national level and European level gambling law.

However, the EGBA were unsatisfied with this response and felt the Commission did not follow up on the complaints or engage in an open dialogue. Due to this, the EGBA turned to the European Ombudsman to inquire into the case in March 2017.

During the inquiry and decision making process of the Ombudsman, the EC decided in December 2017 to close all on-going gambling related infringements, in a move that handed power in gambling law to Member States. In a press release, the EGBA expressed their strong disagreement with this decision, which they claimed was a political decision.

Ombudsman sides with the Commission

After hearing all the arguments of the claimant, the Ombudsman was left to make its assessment on case 425/2017/ANA.

Towards the issue of transparency, the Ombudsman found that the EC had engaged in sufficient dialogue with stakeholders and updated the complainant regularly about the status of its complaints.

Ultimately, the Ombudsman found no maladministration from the EC, stating:

To conclude, the Ombudsman finds that the Commission’s handling of the infringement complaints on online gambling does not constitute maladministration. Therefore, the Ombudsman closes the case.– Statement, European Ombudsman 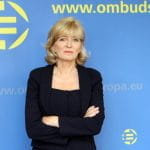