England right-back Kieran Trippier has been hit with a 10-week ban from football and a £70,000 fine. The footballer was found guilty of passing information onto friends who bet on his impending transfer to Atletico Madrid.

England international and former Tottenham Hotspurs player Kieran Trippier has been banned from football and ordered to pay £70,000 after being found guilty of breaching betting rules. The punishment is however, on hold after the player appealed the decision. 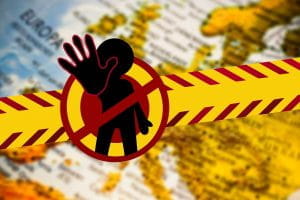 Trippier, who played six games and scored one goal for England at the 2018 World Cup, told a friend to “lump on” the player making a move from Tottenham to Atletico Madrid. A move the player did make for £25m in the summer of 2019.

The prosecution was due to an investigation by football’s governing body in England, the Football Association. In evidence, the FA produced a 46-page report and included a WhatsApp conversation with Tripier and others in this report.

Trippier was a participant in three WhatsApp group, including one that the player had set up himself, called Final, Pint and Boys Promotion.

In a conversation in the group, one member questioned if he should back Trippier to make a move to the Spanish capital in the betting market. The player replied, “Lump on if you want, mate”.

The FA stated that on 15 July, friend Oliver Hawley put on two bets of £100 and £120 at odds of 5/6 that Trippier would move to Madrid. Twenty minutes after these bets, Hawley placed another two bets that totalled £28.75 at 1/2.

The FA then showed transcripts in which Trippier messaged the Boys Promotions group to say the transfer was a “done deal”. Hawley then placed another bet, this time for £300 at 4/9 and another unnamed friend staked £20 at 8/13.

The independent regulatory commission which heard the case rejected the player’s defence that the comments were just ‘banter’ but did accept the bets placed were very modest. The commission also felt that the players involvement was very much “at the lower end of the scale in terms of his culpability”.

While Trippier’s ban will not come in to play, with the player appealing the decision, the case does open up the debate whether these types of bets should be permitted at all. The temptation to share transfer news with friends is likely to be high and as this case shows how this can have ramifications to players.

Nick Golf on Twitter said of the case: “Trippier’s done wrong, no doubt. But these are problems the betting industry can prevent happening. They should’ve got on the front foot much sooner & offered to stop trading them voluntarily for the common good. Like so many things, they won’t do that. They’ll wait to be forced.”

Adding later: “I don’t know which firm this is, and it doesn’t matter, but laying his mate two bets at 5/6, shortening to 4/11 rather than closing the book, then laying him another bet 3hrs later then raising an alarm about inside info is such a terrible look. Are they embarrassed? Ought to be.”

In June last year, Betway announced that they would no longer offer football transfer markets. The company described the market as a “grey area” in the FA’s rules.

Alan Alger, Betway’s head of corporate communications at the time, said, “We believe that betting on football should be about what happens on the pitch. The FA have strict rules on betting, and we feel that offering odds on players to move to specific clubs highlights a grey area which has caused issues in the past. It is best removed as an option.” 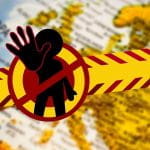