The UK Minister for Sport and Civil Society, Mims Davies, has told the audience at the industry-supported GambleAware harm-minimisation conference that the government is considering a ban on the use of credit cards for gambling activities. 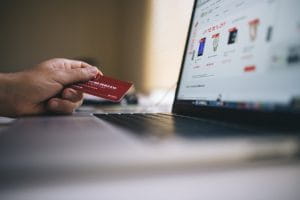 A ban on credit cards used in conjunction with gambling could be the government’s next move to combat problem-gambling. © Pexels.

The Conservative MP reassured members of the conference that her government supported the gambling industry’s employment and investment, but asserted the belief that operators have a responsibility to mitigate the risks involved in gambling with robust safeguarding measures.

This is not the first time that credit card use for gambling has been voiced as a concern.

In March this year, the Gambling Commission publicly stated that they were investigating whether a ban on the use of credit to gamble should be outlawed.

The report highlights that 55% of the people surveyed had said they had to borrow money to make ends meet throughout the year and three-quarters admitted to having to resort to credit. This led to a recommendation to the Government that the Commission would look into this in more detail from a harm perspective.

Other recommendations of the Gambling Commission report included preventing access to free-to-play demo games until a consumer’s age has been determined, along with demanding an improvement in both the speed and effectiveness of an operator’s age verification process. They would also want gambling companies to take a much more pro-active stance with potential problem gamblers; operators should interact with customers who are at risk of developing a gambling problem.

The Gambling Commission would also like to see mandatory caps on consumer spending. These caps could be increased if affordability checks are conducted. This recommendation is quite controversial, as critics point out you don’t need to pass an affordability check to buy a beer or purchase cigarettes.

Calls for restrictions on credit card use do have cross-party support, with Labour MP Carolyn Harris a staunch supporter of a ban. She described her horror at the idea of using credit to gamble and was worried about the consequences. She said:

The thought of credit card gambling terrifies me. Gambling debts already are a major concern not just for the individual, but for their family who pay the price of the consequences.–Carolyn Harris, Labour MP

Harris continued that whilst the reduction on the maximum stake that can be waged on fixed odds betting terminals in April was welcomed, being anything other than critical on credit card betting would be “unbelievable”.

We need tougher restrictions to make online gambling safer and make self-exclusion easier… There’s a strong argument that we shouldn’t use debt to finance gambling and therefore we should be thinking seriously about whether people should be able to use credit cards to gamble at all.–Tom Watson, Deputy leader Labour party

You can read the full Gambling Commission report here. 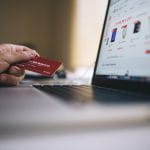