Despite two attacking teams going head-to-head at Anfield, the match ended 0-0, much to the delight of bookmakers. This game, along with a much anticipated first win for Sheffield United, feature in our betting week review 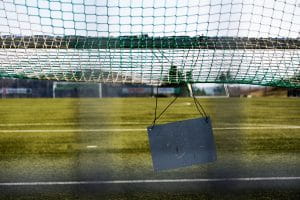 There can be little doubt about which game had top billing at the weekend as champions Liverpool took on their biggest rivals, Manchester United at Anfield. Fans and punters alike anticipated a great game between the current league leaders Manchester United and a Liverpool team that won the league at a canter last season.

Games involving the two most successful clubs in England always generate a lot of interest and plenty of activity for bookmakers with fans of the two teams and neutrals betting on this game.

Pre-match, there was plenty of betting action on the game, with the goalscorer market always popular in these games. For Liverpool, Mohamed Salah was a popular pick. The Egyptian forward had already scored 13 goals in 16 starts and had plenty of backers. Sadio Mané had also attracted plenty of backers; the Senegalese international had scored six times in the seventeen games that he had been employed in his favoured forward left position.

For United, the biggest danger upfront came from Marcus Rashford. The 23-year-old hit the headlines in the 2017/2018 season when he scored two first-half goals to help his team secure a 2-1 victory at Old Trafford (Eric Baily scoring an own goal in that match for stat boffins!). Another goal threat for the visitors was Bruno Fernandes. The Portuguese number 18 has eleven goals to his name and seven assists in sixteen league games, with another four goals and an assist in the Champions League.

With so much emphasis placed on both sides’ attacking threat, ironically, the game ended 0-0, with chances for either team being few and far between.

Liverpool dominated the first 30 minutes of play, without troubling David De Gea in the United goal. While United offered little as an attacking force, however, it was them that came closest to opening the scoring in the first half, with Bruno Fernandes’ 20-yard free-kick curling inches wide.

In the second half, Fernandes once again came close, Liverpool keeper Alisson’s leg blocking a shot before Liverpool’s Thiago Alcantara finally tested the United keeper with a long-range shot. However, Allison would be Liverpool’s saviour, stopping Paul Pogba’s point-blank effort in the closing stages to save a point. Not a result either team wanted, especially as Manchester City now have a chance to leapfrog their City rivals by winning their game in hand.

A draw is always good news for operators, especially 0-0 draws, with so much interest in the multiple goalscorer markets.

Kindred Group’s Ali Gill described the match as the “highlight of the weekend”, adding:

“No doubt the highlight of the weekend, in terms of build-up and layer sentiment, was the drab 0-0 between Liverpool and Manchester United.

“As a football fan, it wasn’t what we were looking forward to, but a 0-0 in the high-profile games is always one in the layer column.”

If you are a Sheffield United fan and you’ve been backing the Blades in every game this season, it’s been an expensive campaign so far.

Last season, Sheffield United was brilliant in returning to the Premier League, defying all expectations and their fourteen wins were enough to secure a ninth-placed finish. Only missing out on Europe by five points and finishing above well-established teams including Everton, Newcastle & West Ham.

It has been a very different story this season. United lost their first four games (Wolves, Aston Villa, Leeds & Arsenal) before finally getting their first point against Fulham in a 1-1 draw. If fans thought this point meant they were turning a corner, they were mistaken as the club went on an eight-game losing streak (Liverpool, Manchester City, Chelsea, West Ham, West Brom, Leicester, Southampton & Manchester United). Before finally getting another point due to a 1-1 draw with fellow strugglers Brighton.

Once again, any hopes of a revival were dashed as United went on another losing run, three games in succession against Everton, Burnley, and Crystal Palace. It was a run that confirmed Sheffield United as the worst team in Premier League history at this stage of the season and realistic contenders to take the overall title off Derby County, who became the first team to be relegated by March in 2007-8 season.

Therefore, it’s understandable that few gave Sheffield United a chance against Newcastle United on Tuesday night. Newcastle themselves had been struggling for form, but with five wins under their belt, on paper, it looked a certainty that they would pick up points at Bramall Lane.

In the game, it was Sheffield United that was the better team in the first half. John Lundstram saw two shots go wide, David McGoldrick also had two good chances, and Jayden Bogle saw his shot saved by Newcastle goalkeeper Karl Darlow. However, it was three minutes of madness from Newcastle’s Ryan Fraser that would see Sheffield United’s task get much easier. The winger was booked for a foul on John Fleck shortly before the break, then minutes later, the Scotsman fouled David McGoldrick to earn his marching orders.

The matchwinner in the 1-0 victory was Billy Sharp. The substitute converted from the spot after Federico Fernandez handled the ball in the area. Referee Andy Madley missed the initial incident but awarded the penalty after being advised by VAR to look at the pitch side monitors. Sharp sent Darlow the wrong way, and despite late scares, they held on to claim three vital points.

So, with Sheffield United finally breaking their duck and getting their first win of the season, would they belatedly go on to produce the form of last season?

That question may have been answered in Sunday’s game against Tottenham. That game ended in a resounding 3-1 defeat at home. A routine win for the visitors capped off by a world-class goal by Tanguy Ndombele.

This weekend, it is back to FA Cup action and Liverpool and Manchester United go head-to-head once again, this time in the fourth round. Join us later in the week as we preview the action and tell you what games, and what players you should be watching. 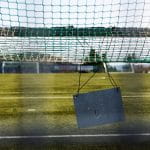 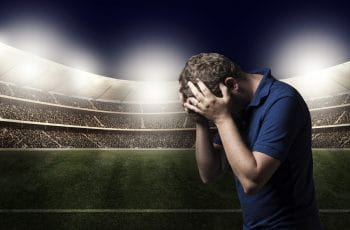 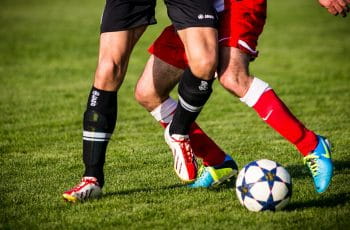