Well-known high street bookmaker William Hill has been purchased by Caesars Entertainment after the company completed a deal worth £2.9bn. Trading in shares of the company has now ceased on the London Stock Exchange. 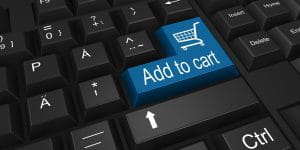 One of England’s most recognisable betting brands has been bought by Caesars Entertainment in a deal worth £2.9bn. The American casino and hotel business agreed on the purchase in November 2020, but the process, but the delay in completion was due to a wait for approval from a scheme court.

As part of the takeover, dealing in the company’s shares has ceased, and all stock has been removed from the CREST dealing system of the London Stock Exchange. Caesars UK Bidco now owns the remaining share capital that Caesars didn’t own, as they are the operating segment that Caesars used in the acquisition offer.

As a result of the takeover, William Hill chairman Roger Devlin and five other directors on the board of William Hill resigned their position.

Existing shareholders will receive the agreed price of 272 pence in cash for each Scheme Share held. These will be payable to those eligible no later than May 6th.

“The transaction expands the reach of Caesars Rewards by providing William Hill customers with access to the company´s industry-leading loyalty program, including the ability to earn tier status that can be used at all of the company´s land-based and online properties,” Caesars said in a statement.

“This combination also enables the company to further enhance its services to customers by providing a single-wallet offering of sports betting and online gaming products across the enterprise in the future.”

Chief Executive of William Hill tweeted: “A lot has happened in the 87 years since William Hill opened his first shop in Jermyn Street in London. We were the first bookmaker to be listed on the LSE. Today is another Momentous day for William Hill as we become part of the Ceasar’s family.”

William Hill was founded in 1934 by William Hill, who was born in 1903 and left school at the age of twelve to work on a farm. While working at a factory, Hill started taking illegal bets from local people, using his motorcycle to take bets and collect dues. He moved to London in 1929, and in 1934 he opened up his first premises, an illicit gambling den in Jermyn Street in Westminister.

Hill took advantage of a loophole in the UK’s gambling laws at the time, avoiding cash bets; he would only accept credit or postal bets which were not covered by the legislation. In 1944, he created the first-ever fixed-odds football coupon, which became very popular in the UK, especially before the internet age, and these coupons can still be found in bookmakers today. Despite publicly stating that he despised betting shops, he opened his first high street bookmaker shop in 1966. He passed away in Newmarket in 1971, aged 68.

The bookmaker chain has changed hands many times since William Hill’s death.

Most recently, in 2008, William Hill went into a partnership with Orbis (OpenBet) and software company Playtech who took control of their online operation.

The new owner Caesars Entertainment started life as Eldorado Resorts, Inc. and was founded in 1996. Their first development was the Eldorado Hotel in Reno, which was opened on May 24th, 1973. 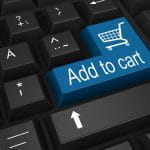