Bookmaker BoyleSports and virtual stock market operator Football Index have agreed on sponsorship deals with two Championship teams. The deals are in place for the start of the new season. 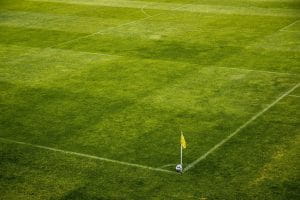 Newly promoted Coventry City and Queens Park Rangers will bear the names of BoyleSports and Football Index on their matchday kits after both clubs agreed on new commercial deals ahead of the start of the 2020-21 season which is due to start next month.

Coventry’s deal with BoyleSports is the largest in terms of monetary value since the Sky Blue’s deal with City Link in the 2011-12 season. Irish bookmaker BoyleSports has been expanding operations in the Midlands area and now has 19 shops in the region, including four in Coventry.

BoyleSports CEO, Conor Gray explained that the company was actively increasing its presence in the British retail sector and had chosen the Midlands as a base for this expansion into Britain. Gray said this deal would “cement” the company’s commitment to Coventry and the wider Midlands area.

The Coventry City CEO, Dave Boddy said the deal would ensure the club would receive income and paid tribute to the bookmaker. Saying:

This is a significant deal for the football club and will provide much needed and significant revenue. BoyleSports have already shown great enthusiasm about their new sponsorship and supporting the Sky Blues, and we look forward to working with them.– Dave Boddy, Coventry City CEO

Under the terms of the deal, the player’s shirts will feature the BoyleSports logo and will also appear on adult replica shirts. The logo will not, however, be displayed on children’s shirts in line with guidance from the English Football League’s (EFL) responsible gambling framework.

Coventry City’s CEO added: “In line with EFL guidance, the Club and BoyleSports will work closely to ensure that the promotion of any gambling products is conducted responsibly and in line with all appropriate licensing and regulatory guidelines.”

Coventry City was declared SkyBet League One Champions after the EFL ended the campaign early due to the coronavirus outbreak. The club had played 34 games out of a 44 game season and had a five-point lead of second-placed Rotherham. Unlike the top two divisions who finished their seasons, the two lower-tiered leagues ended theirs prematurely. Unweighted points per game totals were used to finalise positions, meaning the Sky Blues, who had only lost three games all season, were champions and promoted.

Queens Park Rangers, who finished in 12th position in the Championship, have replaced LeoVegas owned BetUK as their main sponsor. From the start of the season, they will instead wear Football Index branded shirts in a one-year deal.

Owned by parent company BetIndex, Football Index is a novel twist on the Fantasy Football idea which incorporates elements of a virtual stock market. Players use real money to buy “shares” in footballers. A players value rises or falls due to factors such as scoring goals and the amount of press coverage they receive. Players are encouraged to buy low and sell high with the tagline, “What’s your football knowledge worth?”.

Neil Kelly, CEO of BetIndex said his company was delighted with the deal and praised QPR, who he described as a “club steeped in history”. He added: “We’re very excited to see this partnership help to grow awareness of the Football Index brand across an engaged football audience for the 2020/21 season”. QPR’s commercial director called Football Index a “fantastic product”, adding the product “allows avid football supporters to trade on a commodity that they understand – football.” 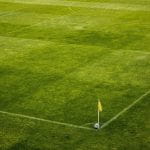