Online gambling operator M88, a brand under the Mansion umbrella, no longer sponsors Premier League club Bournemouth. An investigation by UK authorities into Mansion’s operations has led to the decision by the club not to continue the three-year relationship. 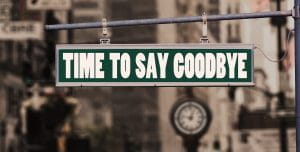 M88 became Bournemouth’s shirt sponsor in 2017, initially signing a two-year deal. The partnership was extended last year to the end of the current season. This year’s campaign should have been concluded by the 31st of May.

The club has confirmed that they will not be extending the deal, preferring instead to finish the season without a shirt sponsor. Bournemouth’s website, although confirming the ending of the agreement, does not detail the reason for the decision.

The Gambling Commission confirmed they are investigating M88 but provided few details. A short statement released by the regulator read:

The Gambling Commission is currently looking at various aspects of the M88 and Mansion Europe model and operations. No further comment will be made while this process is ongoing.” – UKGC Statement

The club statement reads: “AFC Bournemouth can confirm that its partnership with M88 will end on the 31st of May. The online gaming company has featured on the front of the club’s home, away and third shirts, and training wear, since the start of the 2017-18 season. The club will, therefore, complete the 2019-20 campaign in new training wear and playing kits. AFC Bournemouth would like to thank M88 for its support over the past three years.”

Bournemouth’s decision to not extend the deal, even on a short-term basis, is likely to be a blow for M88. Broadcasters have decided to show many games free-to-air which are expected to see record tv audiences once football returns in just under two weeks.

BBC will be showing four Premier League games with the first likely to be Bournemouth v Crystal Palace on the 20th of June. This fixture will be broadcast at the primetime slot of 7.45 pm on Saturday and is expected to attract more viewers than the 4.04 million who watched the Manchester derby on Sky in April 2012. While there has been no official announcement on the nature of the Gambling Commissions investigation, media reports in April suggest MansionBet accepted a gambler’s redundancy pay-out as proof that the customer could afford to place bets that totalled thousands.

The Guardian report that an allocated VIP manager ignored a customers signs of problem gambling and encouraged the customer to bet more. Even when the customer begged for free bets and cancelled withdrawal requests, which the Gambling Commission deem as red flags, the operator allowed gambling to continue by supplying free bets and football tickets.

Carolyn Harris, chair of the all-party parliamentary group for gambling, said of the case: “This is not only exploitative but cruel, predatory and cynical. These cases grow in severity, yet the industry still protests that they behave responsibly. The time for radical change is now.”

MansionBet disputed the allegations made by The Guardian; a spokesperson said: “This case has been reviewed thoroughly by senior management due to the extensive nature of the contacts by the customer, and we are satisfied all conclusions drawn are in line with our regulatory requirements”. 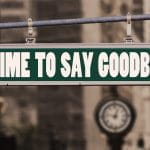