Bookmakers are to review the amount of adverts shown on commercial breaks in the UK due to “public concerns”. The Remote Gambling Association (RGA) is to discuss with its members a raft of measures designed to reassure the public that they take problem gambling seriously. 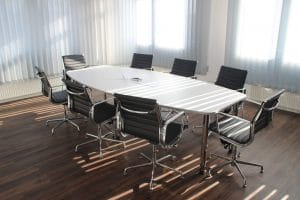 The RGA is set to discuss proposals with its members. © Pexels.

Highly influential trade association the Remote Gambling Association is to discuss with its members a list of proposals relating to TV advertisements. Mindful of the Gambling Commission’s recent report stating there are 430,000 problem gamblers in the UK, as well as last week’s report on young people and gambling, the RGA is asking its members to consider self-regulation before being forced to act.

The RGA would like to discuss if all pre-watershed adverts for gambling should be banned, if there should be a limit to one gambling advertisement per commercial break and the banning of advertising in-play markets in real-time. These proposals will be discussed at an RGA board meeting this week.

Many anti-gambling campaign groups have long called for regulations to be imposed on TV adverts, citing that constant temptation can often lead to a relapse.

While the RGA does have some powerful members with 888, bet365, betfair, betway, Ladbrokes, Paddy Power and William Hill among their 35 members, not every company offering betting services to the UK public is a member. This of course raises the question of whether self-regulation would be a benefit if another operator could still advertise against RGA guidelines? If this is not industry wide that would likely force the government to act.

The Labour party have already declared their intention to ban TV advertising by gambling companies during live sports. Labour’s deputy leader, Tom Watson, called problem gambling an “epidemic” and said if his party win the next general election there would be a gambling clampdown.

At the party’s annual conference. Watson said Labour would introduce a £100m-a-year levy that will be placed on all gambling firms and the money would directly fund treatment for addiction. He also proposed new financial powers that would ban the use of credit cards for any gambling related activity and also enforce banks to block gambling transactions once a person has identified as having a gambling problem.

The refusal of the current government to address any of these issues is letting problem gamblers and their families down.– Tom Watson Deputy leader of the Labour party

Labour have said they would tackle the TV advertisements by introducing a “whistle to whistle” rule that forbids adverts during any televised sporting event. The Conservatives have hit back claiming that under Labour the gambling market was liberalised and they have introduced tougher rules on advertising, launched a multi-million pound awareness campaign, and slashed the maximum stake on fixed-odds betting terminals. 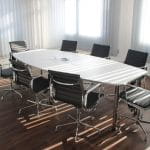