The UK Gambling Commission (UKGC) issued the fine after one customer was allowed to deposit £758,000 without any money laundering or social responsibility checks beings carried out. 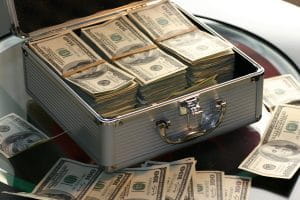 32Red, owned by Kindred, was fined £2m by the UK Gambling Commission. © Pexels.

The online bookmaker and casino, which is owned by Swedish betting company Kindred, accepted the £2m penalty package.

The UKGC discovered the failings after an investigation into 32Red’s dealings with the single customer between November 2014 and April 2017 was conducted. The Commission found at least 22 incidents which should have been flagged by the operator as indicating that the customer was a problem gambler.

When asked to respond to a request about their financial standing, the customer in question provided information showing a monthly net income of £13,000 despite depositing a monthly average of £45,000. The payslip was deemed “not credible and showing volatility in receipted income”. The customers actual average monthly net salary was £2,150.

32Red conducted one review of the customer throughout the period investigated, when a win of more than £1m was instantly gambled again.

The £2m penalty is broken down into a £709,046 divestment of the financial gain, a £1.3m payment to be donated to the National Responsible Gambling Strategy and £15,000 towards the cost of the investigation. The UKGC Commissioner, Richard Watson, commented:

Instead of checking on the welfare of a customer displaying problem gambling behaviour, 32Red encouraged the customer to gamble more – this is the exact opposite of what they are supposed to be doing.– Richard Watson, UKGC Commissioner

He added that operators must act when they spot signs of problem gambling and should be carefully reviewing all the customers they are having a high level of contact with.

32Red said that it was “working hard” to improve the way it handles operations in the future.

The Biggest Fines Issued by The Gambling Commission

There is, of course, precedent for gambling operators to avoid playing by the rules in the pursuit of profit. The UKGC has been on what some call a ‘clampdown’ in recent years and, as a result, has handed out large fines to several other companies for failings relating to problem gambling, money laundering or advertising breaches.

The largest penalty on record is that given to 888 Group in August 2017. The online casino, poker and sports betting firm was fined £7.8m for failing to protect vulnerable customers. The fine included a £62k payment to an employer who was robbed by an 888 customer to fund their gambling habit.

The second largest fine on record was handed to the oldest British bookmaker, William Hill, in February 2018. William Hill Group was forced to pay a penalty of £6.2m for a systematic failure to provide customer protection and prevent money laundering. It was ruled that the company had gained more than £1.2m from money associated with organised crime.

In May 2018 gambling operator LeoVegas was fined £600,000 for also accepting bets from problem gamblers. The Commission found that the company was taking money from customers who had asked to be barred from using the site.

Ladbrokes Coral, now owned by GVC Holdings, was fined £2.3m in November 2017 after two problem gamblers were allowed to lose £1.3m in stolen money through the company’s website. Gala Coral, which merged with Ladbrokes in 2016, had previously been fined £880,000 for a similar offence for the takeover. 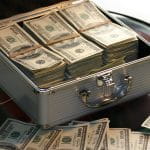 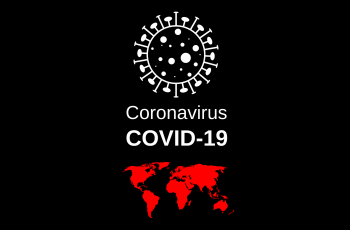 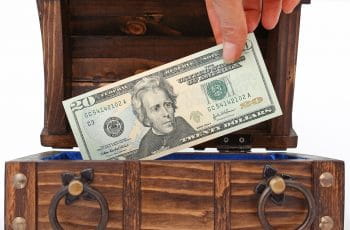