After a remarkable 48 hours in football, the English clubs involved in joining the proposed Super League have withdrawn their support for the idea and will not now participate. Supporter’s protests and the threat of expulsion from domestic leagues are some of the drivers behind the decision. 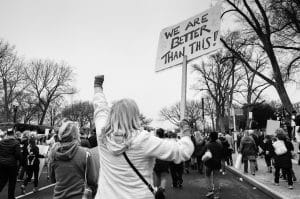 The six English clubs who had agreed to join a breakaway European league have been forced to back down after receiving a fierce backlash from fans and public figures.

Arsenal, Chelsea, Liverpool, Manchester City, Manchester United and Tottenham had all agreed not to participate in the Union of European Football Associations’ (UEFA) competitions, including the Champions and Europa Leagues. They would have joined a new European Super League alongside AC Milan, Atletico Madrid, Barcelona, Inter Milan, Juventus and Real Madrid.

The plans would have seen them continue in their domestic leagues but play midweek games in the Super League. The fifteen founding members of the new league would be safe from relegation, with an additional five teams invited to compete in the league each year.

Fans were outraged with the plans, which would create a closed shop with no fear of failure for the clubs involved and devalue both the Premier League and the existing European competitions.

Rumours of the new competition began circulating on Sunday, and while clubs have proposed changes in the past, such as Project Big Picture, those ideas were focused on a shake-up of the Premier League. While the Super League plans focus on creating a new competition with no roadmap for a club outside of the fifteen clubs to join.

The first time that many football supporters heard about the plans was during the Premier League clash between Manchester United and Burnley on Sunday night on Sky Sports. Former Manchester United player Gary Neville and former Liverpool defender Jamie Carragher, both legends at their clubs, attacked the plans.

A visibly upset Neville said: “The reaction to it (the news) is that it has been damned and rightly so. I’m a Manchester United fan and have been for 40 years of my life, and I’m disgusted by it, absolutely disgusted. I’m disgusted with Manchester United and Liverpool the most. I mean, Liverpool say, “You’ll never walk alone, the people’s club, the fan’s club. Manchester United – a hundred years, born out of workers around here, and they are breaking out into a league with no competition that they can’t be relegated from? It’s an absolute disgrace!”

The timing of the proposals for the Super League also caused anger, especially with UEFA and FIFA. UEFA was due to reveal changes to the Champions League and Europa League competition at midday on Monday, changes that all six teams had been involved with at the discussion stage and had agreed to. The announcement on the Super League was made at midnight, forcing a crisis at both UEFA and FIFA.

As the protest against the plans grew more intense, cracks began appearing between the English clubs involved, and some fans of the clubs vowed to stop supporting their clubs if the Super League became a reality. Some said they would support a smaller club and took advantage of a shirt amnesty scheme that enabled them to exchange a shirt of one of the ‘big six’ for one of a local club.

News reports on Tuesday evening stated that Manchester City was planning to withdraw from the project and angry crowds that had gathered at Stamford Bridge before Chelsea’s game against Brighton started cheering when news broke that Chelsea was also pulling out of the plans.

By Wednesday morning, all six English clubs had announced that they would no longer be participating.

An interesting footnote will be what punishment, if any, is given to the clubs involved. Four of the team’s involved are still in UEFA competitions this year. The Premier League may consider sanctions as the club had signed up to the Super League project without permission of the league.

The fight might be over, but the fallout may be felt for weeks, if not months. One casualty already confirmed is Manchester United executive vice-chairman Ed Woodward. Believed to have been the driving force behind the Super League plans, he resigned his post at United last night. 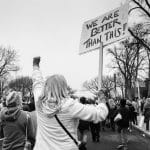 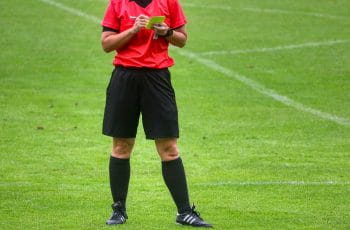