Shock results in the Premier League feature in our betting week in review with Chelsea and Arsenal losing. Liverpool, the league leaders Tottenham, and the Manchester clubs were all held to draws.

West Ham Win the Battle of the Uniteds

In the Friday Evening game between Leeds United & West Ham United, the bookies had installed Leeds as slight favourites at 21/20, with the London side priced at 23/10 and the draw 11/4. 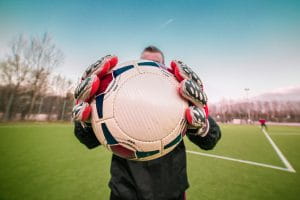 On-field, these odds looked justified when Mateusz Klich gave the home side a sixth-minute lead, converting from the penalty spot at the second attempt after Var ruled that Lukasz Fabianski had strayed off his line when saving Klich’s first effort. It was a lead that lasted less than fifteen minutes, Tomas Soucek’s weak header finding the net after 25 minutes. Another header sealed all three points for the visitors, Angelo Ogbonna beating Illan Meslier with 10 minutes left to play. A decent result for bookmakers with an average profit line of 3.5% in the 12X market.

The scoreline of 2-1 between the Uniteds saw a return for bettors who backed over 2.5 goals; this was priced at 13/25. The losing under bet was priced at 153/100, and this market saw an average return to operators of 5.1%.

With Manchester being in tier 3, there were no fans at Old Trafford to witness the derby between United and City. Perhaps a blessing in disguise as few who watched this game on TV will have wished they were there as it was a game of few chances and ended in a rather dull 0-0.

The goalkeepers had very little to do, David De Gea made two straightforward saves from Riyad Mahrez and Rodri. Ederson in the City goal also had very little to do, United’s best chance coming from Scott McTominay who saw his shot goes inches wide. United thought they had a chance to score from the spot after Kyle Walker fouled Marcus Rashford in the second half. The referee awarded the penalty, but a VAR review ruled that the England man was offside.

It was a result neither team wanted but, a great result for the bookies who always see both clubs heavily backed in the goals market. You can see this fact with the pre-game odds, over 2.5 goals in the game was priced at 13/20 with under 32/25. If punters had backed under 0.5, this was available at 1207/100, and even at these high odds, operators saw returns of 4.7%.

A slight downside for some operators was that the 0-0 scoreline qualified customers to receive refunds on Correct Score, Half Time/Full Time or Scorecast bets placed on the game. Other games this week that ended 0-0 and therefore eligible for the Bore Draw promotion were Inter Milan v Shakhtar Donetsk, PAOK Salonika v Granada, Slovan Liberec v Red Star Belgrade and St Etienne v Angers.

The first big surprise of the weekend came in the Saturday night clash between Everton and Chelsea at Goodison Park in which the Toffees claimed a 1-0 win.

Pre-game, Chelsea deserved their 17/25 favourites tag, having collected 13 points from a possible 15 in their last five and on a 17-match unbeaten run. Everton’s 19/5, mainly down to a run of poor form which had seen them lose four of the last six after a storming start to the season which made them early leaders of the Premier League.

Chelsea could have gone top of the table with victory over Everton, but it was Gylfi Sigurdsson’s first-half penalty that gave the home side the points, converting after Edouard Mendy fouled Dominic Calvert-Lewin. Chelsea did have chances to equalise, Everton’s Jordan Pickford saving superbly from Reece James and Mason Mount hitting the post. Everton also had chances to increase their lead, Richarlison forcing two saves from Mendy and Yerry Mina guilty of missing clear-cut chances.

2,000 Everton supporters were allowed into Goodison Park for the first time celebrated the result, and so did the bookmakers, with Chelsea well-backed in this game. Chelsea also featured heavily in accumulator bets, so this loss wiped out those bets. The low scoreline was also good news for operators, with plenty of goals expected the under 0.5 market was available at 593/50.

The first of Sunday’s games went pretty much to form. Southampton at 13/20 had no problems seeing off struggling Sheffield United (9/2) 3-0, goals from Che Adams, Stuart Armstrong and a great goal from substitute Nathan Redmond making it a comfortable game for the Saints.

We saw the first shock result, in a triple-header of surprises, in the game between Crystal Palace v league leaders Tottenham. Sitting on 24 points after 11 games, few saw this game as anything other than a routine win for Tottenham. The bookies agreed, pre-game you’d struggle to find better value than 17/20 for Spurs, Palace was priced at 321/100.

Crystal Palace’s goalkeeper Vicente Guaita made three great saves from Tanguy Ndombele, Sergio Reguilon and Harry Kane before England captain Kane beat the Spaniard from a shot from 30-yards to give Tottenham the lead in the 23rd minute. It was a lead that lasted until the 81st minute when Jeffrey Schlupp bundled in from close range following a free-kick by Eberechi Eze. Tottenham did have chances to win the game but ultimately fell short, having to settle for a 1-1 draw.

Liverpool Miss Out on Top Spot

After knowing the Tottenham game result, Liverpool knew they could go clear at the top of the table by beating Fulham who had lost five of their last six home matches. However, it was Fulham who played the better football and was quite unfortunate not to claim all three points.

Fulham took the lead in the 25th-minute courtesy of a goal from Bobby Decordova-Reid. Mohamed Salah equalised for the Reds in the 79th minute, scoring from the spot after a Georginio Wijnaldum free-kick hit Aboubakar Kamara. Liverpool had the better of the chances late on, but couldn’t find a way past Alphonse Areola who had a fine game in Fulham’s goal and the game finished 1-1.

Fans were allowed into the Emirates to see Arsenal play Burnley and they made themselves heard by booing off a very poor Arsenal team.

Arsenal’s main goal threat is Pierre-Emerick Aubameyang but it the Frenchman who put the ball into his own net that gave the visitors a 1-0 win. It was Arsenal’s fourth home loss in a row, the first time this has happened in 61 years.The loss see Arsenal drop to 15th, five points clear of the drop zone. For Burnley, the 159/25 win takes them out of the relegation zone, rising to 17th in the league.

Premier League wise it was a great weekend for the bookies with no wins for the top two, Chelsea failing in their bid to go top and a no-score draw in the Manchester derby. The low scoring nature of these games also a bonus for operators with no player in the running for the Golden Boot scoring more than one goal. 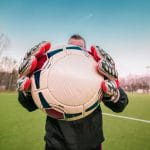 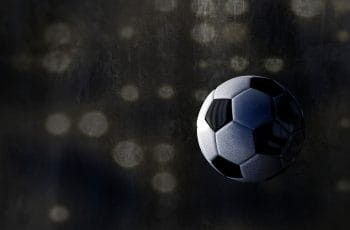 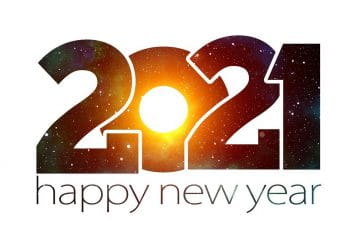