Newcastle secured a spectacular win against Leicester City to almost guarantee their survival this season. Chelsea stuns their Champions League final opponents for the second time in three weeks, and Leeds all but end Tottenham’s Champions League dreams. We feature these games and others in our review of the betting week. 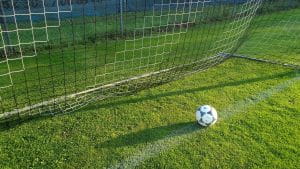 Newcastle Within a Point of Safety After Leicester Win

It didn’t take long for bookmaker’s to benefit from a surprise result in the Premier League as Newcastle United defied the odds to beat Champions League-chasing Leicester City on Friday night.

Leicester City, third in the league, went into the game a point behind Manchester United, and with United not playing until Sunday, a win would have taken them into second place. For Newcastle, a 2-0 defeat in their last game against Arsenal halted a good run of form which had seen them unbeaten in their last four, a run that included two wins (Burnley and West Ham) and two very credible draws against Tottenham (2-2) and Liverpool (1-1). The Arsenal loss meant that Newcastle was looking anxiously over their shoulders at the relegation zone.

Despite these odds, it was the visitors who took the lead after 22 minutes. A mistake by Leicester defender Caglar Soyuncu enabled 21-year-old Joseph Willock to score his fifth goal of the season. The Magpies doubled their lead twelve minutes later when Wesley Fofana connected with a header from a well-delivered corner by Matt Ritchie. Two goals from Callum Wilson (64’, 73’) sealed the points despite the last ten minutes being nervier for Newcastle fans than they should have been thanks to a goal from Leicester’s Marc Albrighton in the 80th minute and a Kelechi Iheanacho goal with three minutes left to play.

The result almost guarantees Newcastle’s survival. Fulham in 18th is the only team in the bottom three who can escape relegation. Newcastle is twelve points ahead of Fulham, who have four games left to play. Although Newcastle has a tough mid-week fixture with Manchester City, their last two games are winnable. They play an already relegated Sheffield United at St James’ Park before travelling to Craven Cottage to face Fulham, so their destiny is very much in their own hands.

For Leicester, the result was a hammer blow for their Champions League aspirations. Last campaign Leicester missed out on qualification by losing to Manchester United in the last game of the season. After the weekend’s results, they have a five-point gap over West Ham in fifth and Liverpool in sixth, but have a tough run of fixtures to end the season. They play Manchester United tomorrow, Chelsea a week on Tuesday and end the season with a home match against Tottenham. Although even if they miss out on the Champions League, they could still claim silverware this season, they play Chelsea in the FA Cup final on Saturday.

In hindsight, we really shouldn’t have been surprised that Leeds United dented Tottenham’s European hopes with a 3-1 home win. Tottenham was heavy favourites, priced @ 43/50 for the win, the draw was 149/50, and the Whites were priced @ 43/50. However, Leeds in the second half of the season has been a thorn in the side for the ‘big six’.

In recent months they have held Chelsea 0-0, beaten Manchester City 2-1, drew 1-1 with Liverpool and denied fierce rivals Manchester United in a 0-0 stalemate. We should also remember that the first game played on Saturday has been a happy hunting ground for the underdog in recent weeks.

In the game, Leeds took the lead in the thirteenth minute. Stuart Dallas continued his excellent form, reacting fastest to a rebound after a great Hugo Lloris save, which prevented a certain own goal from Sergio Reguilon. However, it was a lead that didn’t last long, Son Heung-min taking full advantage of a good through ball from Dele Alli in the 25th minute.

Leeds regained the lead shortly before the break. Patrick Bamford scored his fifteenth goal of the season by tapping in an Ezgjan Alioski cross. The points were secured in the 84th minute when Rodrigo confirmed Tottenham’s first league defeat in three games.

It’s a defeat that makes Champions League qualification look extremely unlikely to Spurs. Although Leicester in fourth suffered a defeat themselves, Ryan Mason’s men are now seven points behind Leicester with just three games left to play. Liverpool and West Ham are above them in the table in 6th and 7th, but both have played a game less. Even Europa League qualification may prove a tough ask, their final game of the season is against Leicester, and this could be a do-or-die game regarding Europe.

Leeds have a great chance to improve on 10th. Their last three games are against Burnley, Southampton and West Bromwich Albion.

Perhaps the biggest shock of the weekend was the terrible penalty miss from Manchester City’s Sergio Aguero.

With his team already winning 1-0 thanks to Raheem Sterling’s close-range strike in the 44th minute, the Argentine had a chance to make it 2-0 before the break after the referee blew for a foul on Gabriel Jesus by Billy Gilmour.

Instead, the City legend, who has scored 259 goals in his career, attempted a Panenka, which was poorly executed and gathered easily by Edouard Mendy with one hand. The miss proved costly as a much improved Chelsea in the second half made the home side pay by winning 2-1.

Chelsea equalised just after the hour-mark, Hakim Ziyech received a ball from Cesar Azpilicueta and finished well from range. Chelsea had two efforts ruled out for offside before Marcus Alonso claimed the three points for the Blues. His injury-time effort looped over Ederson in the City goal.

City can make sure of the title with a win against Newcastle on Friday, although the title could very well be theirs before that game. Second-placed Manchester United have a busy schedule and need to win games against Leicester on Tuesday and Liverpool on Thursday to prevent the title from going to their neighbours. United’s 3-1 win against Aston Villa on Sunday ensured the inevitable was delayed for a few days at least.

Chelsea’s win against City moves them into third place and gives them a six-point cushion over West Ham in 5th. However, in the unlikely event that they do drop out of the Champions League qualification spots, they could still qualify by winning the Champions League. They face Manchester City in the final of this year’s competition; it will be held on Saturday, May 29th. It is due to be played in Istanbul, although there are hopes it will be moved to England due to the coronavirus numbers in Turkey recently and the country being placed on the government’s ‘red list’ for travel.

In other games in the Premier League, champions Liverpool kept their European hopes alive with a 2-0 win against Southampton and will have been grateful that their neighbours Everton pulled off a shock 1-0 win against West Ham. Thanks to these results, Liverpool are just a point from the Europa League place.

West Brom’s relegation was confirmed. A 3-1 loss to Arsenal confirmed the drop and ensured Sam Allardyce suffered relegation for the first time in his long career. West Brom’s fans must be used to by now, though; this relegation is the fifth time they have suffered the fate.

For Arsenal, it means they can mathematically still qualify for Europe but need all results to go for them, which looks unlikely. They face Chelsea next but then have easier looking games against Crystal Palace and Brighton. 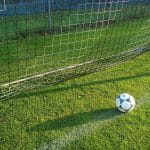