Neil Robertson’s win over world number one Judd Trump in snooker’s UK Championship and action from the Premier League all feature our betting week in review.

Underdog Neil Robertson’s late-night victory in the UK Championships against heavily-backed world number one, Judd Trump, was reason to cheer for the bookmakers. 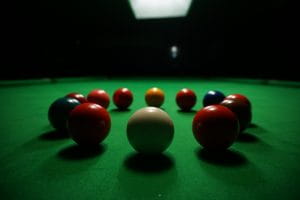 In an epic battle, both players played their part in a thrilling spectacle that the Australian won 10-9 to claim his third UK Championship.

There was hardly anything between the two, with the finally poised at 4-4 after the first session. The two slugged it out until the early hours, with the game not finishing till 12:55 am.

It was, however, a miss on the pink in frame 18 by Trump that allowed Robertson to take full advantage. The Australian obliged by making a break of 72, his final pot, the pink to add insult to injury for the Englishman.

Trump powered his way past China’s Lu Ning with a 6-2 win on Saturday in his semi-final to secure his place in the final of the UK Snooker Championship. Such was the confidence shown in the Englishman that bookies had him @ 1/10, Lu Ning priced as high as 148/25 to pull off a surprise win.

In the other semi-final, Yuelong Zhou was the opposition for Robertson. The Australian hit three centuries on his way to a 6-2 win. Zhou did at times make life difficult for the 38-year-old, a break of 141 from the 22-year-old who showed spirit to pull two frames back made life uncomfortable at times for Robertson. Zhou had been priced at 303/100 with Robertson @ 6/25.

It was, however, the head-to-head results and the excellent run of form of Trump that had seen him installed @ 77/100 favourite against Robertson who was available @ 51/50. Trump had beaten Robertson at the English Open in October and was on a streak of victories that saw him win six ranking titles last year and win two of the four finals this term.

So while revenge was sweet for Robertson, it was also good news for bookmakers.

In the Premier League, a cancellation of Friday’s fixture between Aston Villa and Newcastle, due to five Newcastle players testing positive for Co-vid, meant the first action was Burnley v Everton.

Pre-game, the money was on Everton at 42/41, who despite a recent poor run of form, had led the Premier League earlier in the season. Burnley was also on indifferent form, just one win in the last five.

An interesting fact before the game was that there had never been a Premier League draw between these two sides. Therefore the 1-1 draw between the two @ 51/20 was a great result for the bookies, Robbie Brady’s 3rd-minute goal was cancelled out by the ever-dependable Dominic Calvert-Lewin, who is now the league’s top scorer. The draw also took out many accumulator bets, with many punters seeing an Everton win as a banker.

Manchester City had a routine 2-0 win against Fulham. Bookies will have been pleased the game didn’t break the three-goal barrier as City are always fancied in the over 2.5 goals market. A rout did look likely after Raheem Sterling gave City the lead after just five minutes, a lead that was doubled by a Kevin de Bruyne penalty in the 26th minute but some excellent saves by Fulham goalkeeper Alphonse Areola kept the scoreline down.

There was, however, plenty of goals in the two later games on Saturday with both games finishing with a 3-1 scoreline.

In the battle of the uniteds of West Ham and Manchester, it was the northern team that was victorious, claiming yet another away win, their ninth successive away league victory. However, as they have in all five league away games this season, they had to do it the hard way by coming from behind thanks to Tomas Soucek’s header in the 38th minute.

West Ham should really have gone into the interval with a commanding lead, they were by far the better team, and this prompted Ole Gunnar Solskjaer to make two substitutions at half-time which helped change the game. On came Marcus Rashford and Bruno Fernandes and second-half goals from Paul Pogba, Mason Greenwood and Rashford turned the game around.

In the late game between Chelsea and Leeds, it was Chelsea who had the 3-1 scoreline.

Leeds took a surprise lead against the run of play in the 4th minute, a goal scored by former Blues player Patrick Bamford who continued his great scoring run. Goals scored by Olivier Giroud, Zouma and a late third by substitute Christian Pulisic wrapping up the points and taking Chelsea to third.

No Sunday Shockers for Punters

Sunday’s action in the Premier League was quite predictable compared to usual, with all four games going to form.

Crystal Palace @ 37/25 were favourites to overturn West Brom @101/5 and duly delivered with a fine 5-1 win away at the Hawthornes. Leicester, who were priced @ 97/100, overcame Sheffield United away at Bramall Lane 2-1. Jamie Vardy scoring a 90th-minute goal that gave Leicester the win that takes them to 4th.

League leaders Tottenham won the north London derby against Arsenal 2-0, goals coming from the predictable source of Harry Kane and Son Heung-min. It is a win that puts Tottenham on 24 points after 11 games and a defeat that sees Arsenal struggling in 15th place.

Liverpool joined Tottenham on 24 points with a resounding 4-0 win at home against Wolves. Anfield welcomed fans into the stadium for the first time since March and goals from Mohamed Salah, Georginio Wijnaldum, Joel Matip and Nelson Semedo made for good viewing.

Will Bookies be Looking Forward to the Return of Crowds?

While there can be no doubt that supporters are excited about a return to supporting their clubs, bookies may be less thrilled, due to the effect of crowds on results. Commentators often refer to the crowd as the 12th man, research by data specialists Gracenote shows the impact of not having spectators has had on results in the top-flight.

Gracenote compared the 288 Premier League games from last season with the 190 games that have taken place behind closed doors. They found;

As the lack of supporters has skewed results in the Premier League, a pattern that was also seen in the Bundesliga in Germany, bookmakers will be enjoying the unpredictability of the league this season. It will be interesting to see if results return to normal when crowds do. 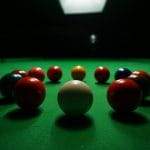