Bookmakers avoided the worst-case scenario in the 2021 Grand National with a historic win for Minella Times ridden by Rachel Blackmore. The red hot favourite Cloth Cap pulled up at the second last fence. In the Premier League, a shock Leeds United win was a surprise boost for operators. 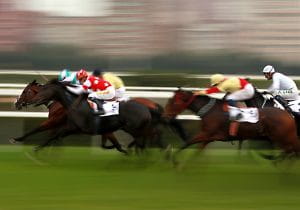 The Grand National Features in Our Betting Review © Pixabay.

Racing history was made at the weekend at Aintree, with Rachel Blackmore becoming the first female jockey to win the Grand National with Minella Times. It was a 1-2 for trainer Henry de Bromhead with stablemate Balko Des Flos, ridden by Aidan Coleman, finishing second while priced @ 100/1.

The victory caps off a great couple of months for the 31-year-old from County Tipperary.

In the Cheltenham Festival, wins in the Ballymore Novices’ Hurdle, Champion Bumper, Ryanair Chase and Triumph Hurdle earned her the top jockey prize, the first female to do so. Blackmore was close to becoming the first jockey in 26 years to win both the Champion Hurdle and the Cheltenham Gold Cup, but her mount A Plus Tard was beaten into second place by stablemate Minella Indo.

Blackmore timed her challenge perfectly over the thirty fences, winning the four and a quarter miles race by six and a half lengths over Balko Des Flos. Any Second Now was third, with Burrows Saint fourth.

The closest a female jockey had come to winning the world’s most famous steeplechase was in 2012 when Katie Walsh finished third on Seabass. After the race, a clearly delighted Blackmore downplayed the importance of gender, telling ITV: “I don’t feel male or female right now. I don’t even feel human”.

When Charlotte Brew became the first woman to race in the National, she was priced at 200-1, and of the 15 of the first females to race, 11 have been priced at odds of 100-1 or more. It’s unlikely that gender will be used by Bookmakers when pricing a horse in the future.

Blackmore added: “I just hope it shows it doesn’t matter, male or female. Plenty of people have gone before me and done that – Katie Walsh was third here on Seabass. All those things help girls coming along, but I don’t think it’s a major talking point any more.”

Although Minella Times was well-backed at 11/1, bookmakers will be happy with the result as favourite Cloth Cap with a starting price of 7/2, pulled up at the 28th fence. If Cloth Cap had won the race, the horse would have been the shortest-priced winner at the Grand National for over 100 years and would have been very costly for bookmakers.

As the National’s weights were decided early this year, Cloth Cap raced with just 10’5lbs, a stone lighter than what would have been awarded if the horse’s recent form had been considered. Another reason punters flocked to back Cloth Cap was Jonjo O’Neill and Trevor Hemmings, the trainer and owner duo.

O’Neil enjoyed success in the 2010 renewal of the National with Don’t Push It, who won at 10/1, down from 16/1 to give AP McCoy his first National win at his sixteenth attempt. Owner Trevor Hemmings had won the National three times before, Hedgehunter in 2005, Ballabriggs in 2011 and Many Clouds was a famous winner in 2015.

Another boost for bookmakers was Any Second Now finishing outside the top two. The Ted Walsh-trained horse won the Kim Muir Handicap Chase at the Cheltenham Festival in 2019 and was a popular choice for both the win and a double combo with Cloth Cap / Minella Times.

Prince Phillip’s death has caused the Scottish Grand National to be moved from this Saturday to Sunday. The race was originally scheduled to run at 15:35 on Saturday, but to avoid a clash with the funeral scheduled for 15:00, organisers have moved the race to Sunday.

The British Horse Racing Authority has confirmed that no races will take place between 14:45 and 16:15 on Saturday. The Spring Trials at Newbury, originally planned for Saturday, is also moved to Sunday.

Last weekend, bookies enjoyed seeing a shock result in the first game of the weekend when relegation-threatened West Bromwich Albion stunned Chelsea 5-2 at Stamford Bridge, taking many accumulator bets out at the first hurdle. In Saturday’s early kick-off, they received another boost when mid-table Leeds pulled off a snatch and grab 2-1 win at Manchester City’s Etihad stadium.

Priced at 8/1 for the win, few gave newly-promoted Leeds much hope against a team that has a healthy lead at the top of the Premier League table and who are challenging for an unprecedented four titles this year.

In the game, the underdogs took the lead just before the break; Stuart Dallas’s low shot found the net after hitting the inside of the post. However, Leed’s chances of keeping the hosts at bay looked over when captain Liam Cooper received a red card for a bad tackle on Gabriel Jesus just a couple of minutes later. The referee initially gave Cooper a yellow card, but upgraded the punishment after being advised to look at the incident by VAR.

With City likely to put the Yorkshire club’s ten men under pressure in the second half, manager Marcelo Bielsa was forced to take off top-scorer Patrick Bamford and replaced him with Pascal Struijk, who plays at centre-back and as a central defensive midfielder.

In the 76th minute, City got their equaliser, Ferran Torres ending his league barren spell by scoring his first goal since December. City laid siege to the Leeds goal, having twenty-nine shots on goal and enjoying 71.1% of the possession.

Despite this, Leeds claimed the win, Dallas scoring his second of the game in the first minute of added time when he ran onto a superb pass by Ezgjan Alioski and finished calmly from the edge of the area. It was only Leed’s second shot of the game.

In other games in the Premier League, Liverpool finally won at Anfield in the Premier League; the 2-1 win against Aston Villa put an end to their losing streak, which had lasted for six matches. Chelsea got back to winning ways with a routine 4-1 win at Crystal Palace. West Ham kept their place in the top four with an impressive 3-2 win against third-placed Leicester; Jesse Lingard once again had an excellent game and scored two goals.

United had a goal ruled out when Son Heung-min appeared to make the most of a flailing hand from Scott Scott McTominay. Son added more misery to United by scoring shortly after the incident in the 40th minute. United responded well in the second half and won the game thanks to goals from Fred, Edison Cavani, and Mason Greenwood. United’s win and City’s loss means the gap between the two is eleven points, although United do have a game in hand on the leaders.

City now needs a maximum of eleven points from their remaining six games to make sure of their third title in four years. 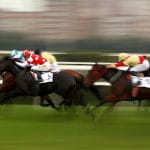