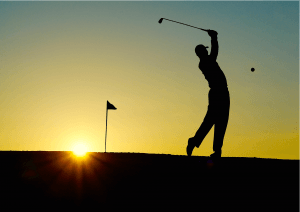 Justin Thomas produced some exceptional golf to secure the Players Championship by one stroke. The world number three fought back from three back to post a four-under 68.

Englishman Lee Westwood had led the leaderboard on the final day at TPC Sawgrass and started well, opening with a birdie. After finding the water on the second hole, Westwood bogeyed and dropped a shot on the fourth, once again seeing his ball find the water hazard. A birdie on the ninth re-instated the Brit’s two-shot lead, and in-play betting had him favourite at that point.

While much of the attention was focused on the duel between Westwood and Bryson DeChambeau, Thomas was slowly building momentum. While Westwood potted for a birdie on the eighth, Thomas struggled, bogeying the hole. After that mistake, Thomas produced some great shots, and the next four holes were birdie, birdie, eagle and birdie. By the twelfth, the American was two shots clear.

A mistake on the 14th, a missed putt cut Thomas’ lead to just one before Westwood levelled the scores with a sensational birdie. The key hole was the 16th, the American edged ahead with a birdie, although the Englishman did sign off with a birdie on the last hole, Thomas’s par finish saw him score 68, enough to take the title by a shot.

For Lee Westwood, his -13 was enough to secure second place, finishing one shot ahead of world number six Bryson DeChambeau. Becoming the second time in seven days that the Brit had taken the winner-up spot, losing out to DeChambeau at the Arnold Palmer Invitational last week. The last time the 47-year-old won a European Tour tournament was over a year ago, winning the Abu Dhabi HSBC Championship in January 2020, taking €1,047,741.36 in prize money. The most points Westwood has taken in a tournament was in 2018; his win at the Nedbank Golf Challenge earned him 1,250,000 points.

Some optimistic bookmakers, such as VBET and Spread Ex, are offering odds of 33/1 for Tiger Woods to win the US Masters. This possibility seems highly unlikely as Woods was involved in a car accident in February. The former number one suffered broken bones in his lower right leg. It would be miraculous if Woods even played again this year, and retirement from the sport wouldn’t be a total surprise.

While Burnley’s 2-1 win against Everton at Goodison Park @ 4/1 was the highest successful ‘to-win’ bet of the weekend, the result wasn’t that surprising. We tipped a draw in this game in our weekly preview as Sean Dyches’ team are becoming hard to beat. Although their games do usually end up in draws, especially at the Hawthornes, where the last five games ended in draws.

We highlighted Chris Wood as Burnley’s main threat up front, and it was the 29-year-old who opened up the scoring in the 13th minute. The former Leeds United player finished well with Burnley’s first effort on goal. The visitors doubled their lead in the 24th minute, a superb goal scored by Dwight McNeil. The Englishman doesn’t score many goals; this wonder strike only his second of the season but, he’s unlikely to score a better one all campaign.

Dominic Calvert-Lewin headed in Tom Davies’ cross in the 32nd minute to reduce the deficit. Everton’s top scorer finding the net again after suffering a barren spell of four games. His last goal came in the 5-4 FA Cup win against Tottenham at the beginning of February. Calvert-Lewin should have been on a hat-trick at this point, the 24-year-old guilty of missing some good chances, surprising for the player who has scored the most goals from open play (14) in the Premier League.

Burnley had chances to put the game beyond the hosts; they had a penalty claim turned down over a Ben Godfrey handball claim, and Johann Gudmundsson hit the post. The win gives Burnley much-needed breathing space at the bottom, now seven points clear of the bottom three. They travel to Southampton next, who sit in 14th place, level on points with Burnley.

The defeat is a massive blow to Carlo Ancelotti’s dreams of a Champions League adventure next season. They do have a game in hand over their top-four rivals, but their home form is terrible. This loss at Goodison was the Toffees seventh league defeat, the most they have had at home for the last four years.

Surprisingly, shock results in the Premier League this weekend were few and far between, with most games going to form. Therefore, the first game of the weekend, a 0-0 draw between Leeds United & Chelsea was great news for bookmakers.

As regular visitors to these pages will know, a 0-0 draw in a high-profile game in the Premier League is a fantastic result with all player to score and multi-goalscorer markets wiped out. A draw is also likely to take down most accumulators, which is painful for punters but highly profitable for the operators.

Pre-game, a 0-0 seemed almost beyond the realms of possibility. Chelsea average 13.7 shots per game and have found the net 75 times in 42 games. Goals follow Leeds too. They average 14 shots per game and have scored 44 goals in thirty games, and with the Yorkshire club conceding 46 goals in the league alone, it’s easy to understand why they are the team with the most goal involvements.

The players also attract attention in the goalscoring market. Chelsea’s Timo Werner is often backed, but the German started the game on the bench. For Leeds, the goalscoring threat is with Patrick Bamford; the former Chelsea player had 13 goals in 28 starts going into this game.

As far as the action on the pitch went, the game wasn’t as uneventful as the scoreline would suggest. Thomas Tuchel opting to start with £71m forward Kai Havertz, and while the player didn’t score, he impressed throughout the game and should have converted at least one of a couple of good chances. Chelsea almost took a comical lead, an Luke Ayling’s attempted clearance hit Diego Llorente. The ball looped over the goalkeeper before hitting the bar, allowing Illan Meslier to collect the rebound harmlessly. In the other goal, Edouard Mendy saved well from a Tyler Roberts’ chip shot. Leeds lost Bamford through injury but battled on to secure a good point.

In other action over the weekend, Arsenal won the North London derby, beating Tottenham 2-1. Erik Lamela was the hero and villain for the visitors. Replacing the injured Son Heung-min, he scored a wonder goal in the 33rd minute; a ‘rabona’ finish beyond Arsenal keeper Bernd Leno that has to be seen to be believed. The Tottenham man was sent off with 14 minutes left to play; putting his hands into the face of Kieran Tierney saw him receive a second yellow card. In between these incidents, goals from Martin Odegaard & a penalty from Alexandre Lacazette sealed the win for the Gunners.

Manchester City beat Fulham 3-0, Leicester City beat Sheffield United 5-0 and Manchester United beat West Ham United at Old Trafford. The gap between United and City at the top of the table is fourteen points, although United have a game in hand.

There are four games from Friday to Sunday in the Premier League, with most of the attention switching to the FA Cup’s sixth round. Join us on Friday as we will preview all the FA Cup ties. 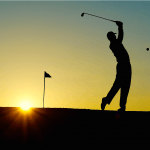 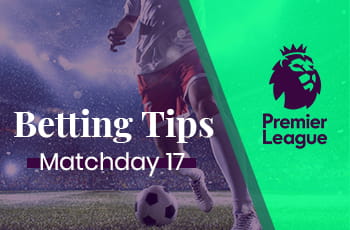 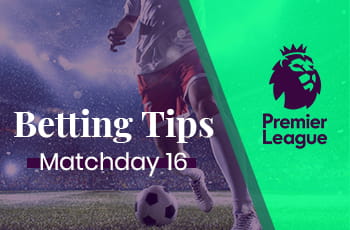 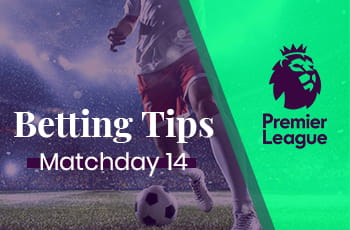