Leicester City’s win in the FA Cup was great news for bookmakers, the Foxes winning 1-0 at Wembley. The Premier League games mainly went to form, with the exception being Everton, whose defeat at bottom club Sheffield United was the biggest shock of the weekend. 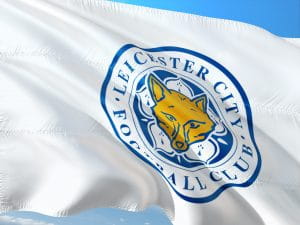 Priced pre-match @3/1 to win the game in normal time, Leicester has form for defying the odds, and so it proved as they won the world’s oldest football competition for the first time in their 137 year history. It was Leicester’s fourth attempt to win England’s premier cup competition; they were losing finalists in 1948–49, 1960–61, 1962–63 and 1968–69.

Leicester City’s Youri Tielemans capped off a man-of-the-match performance by scoring a wonder goal in the 63rd minute in the Foxes 1-0 win against Chelsea. The Belgian hit a shot from 25-yards out with such power that it left Kepa Arrizabalaga in the Chelsea goal no chance to save it.

Although Tielemans’s goal was spectacular enough to win any tournament, the Foxes had captain Kasper Schmeichel to thank for keeping Leicester in the game. First, the veteran keeper forced former teammate Ben Chilwell’s header onto the post, saving a certain goal. The 34-year-old then produced an even more spectacular save, sending a well hit Mason Mount effort wide of the post with a diving one-handed stop.

Chelsea had thought they had equalised in the dying moments of the game, sending half of the 21,000 supporters into raptures. Leicester’s Wes Morgan put the ball into his own net, only for VAR to overturn the decision by the finest of margins to deny the game from going into extra-time.

The win means Leicester have now completed the hattrick of domestic trophies. The Foxes added the FA Cup to the Premier League win in 2016 and League Cup triumphs in 1964, 1997 and 2000. The FA Cup victory also means Leicester is guaranteed a Europa League spot at least next year, although fans will be hoping they hold on to a Champions League spot in the league.

They currently occupy 3rd place and need four points to guarantee to qualify. However, easier said than done as they face a rematch with Chelsea tomorrow at Stamford Bridge, and Chelsea will have fans in attendance before they then host a home game against Tottenham on Sunday, which is the last game of the season.

Goodison Park has not been a happy hunting ground for Everton this campaign, and this run continued with a shock defeat at home against bottom club Sheffield United. 17-year-old Daniel Jebbison dented the host’s European hopes with his first goal for the club after 7 minutes.

A result that was priced @ 9/1 with some bookmakers, this win was only the sixth time that Sheffield United have won in the Premier League this season (Newcastle United, Manchester United, West Bromwich Albion and Aston Villa). The result does leave them still bottom of the league table but does at least give hope to United fans that they could avoid the ignominy of finishing 20th. However, this looks unlikely; they are six points adrift of West Bromwich Albion in 19th with two games left to play and would need a swing in goal difference of at least six. They face Newcastle United and Burnley in those games.

For Everton, who had been priced as low as 9/25 to win this game, the result was a hammer blow for their European hopes. Everton looked certainties for qualification for a majority of the season, but their abysmal home form has left these hopes on a knife-edge. The Toffees have only won one game at Goodison in eleven games and only five wins in the entire campaign. Their last win on home soil was on the 1st of March against Southampton. Fortunately for Everton, their away form has been incredible. The eleven away wins are the most they have achieved since they were last crowned champions in 1985. They could make it twelve on Sunday, but it will be tough; they face champions Manchester City.

The Friday night clash between Newcastle and Manchester City should have been a boring affair.

Newcastle United had already secured safety for another year, and Manchester City knew they couldn’t be caught in the top spot and would most likely have at least one eye on their upcoming Champions League final against Chelsea. So with nothing to play for, a 0-0 draw wouldn’t have been totally surprising.

Instead, we got a seven-goal thriller and one of the most entertaining games of the season, with the newly declared champions prevailing 3-4. City @ 17/50 was expected to win, but Newcastle priced @ 193/25 put up an almighty fight and City, despite enjoying the vast majority of possession, were forced to come from behind twice in the game.

Manchester City started with Scott Carson in goal, a huge surprise as the 35-year-old last played nearly a decade ago in the top-flight. And he was the first goalkeeper to be picking the ball out of the net after Emil Krafth headed home from a Jonjo Shelvey’s corner after 25 minutes.

Joao Cancelo equalised for City on 39 minutes before Ferran Torres put City in the lead for the first time on 42 minutes. Newcastle equalised on the stroke of halftime, Joelinton scoring from the spot following a foul by Nathan Ake. Joe Wilcock regained the lead for Newcastle after they were awarded another penalty, this time from a Kyle Walker foul. The 21-year-old saw his initial effort saved but scored on the follow-up.

The lead only last two minutes; a quickfire double in the 64th and 66th minute by Torres earned him the match ball and his team the win.

We expect goalkeepers to save shots to keep their team’s hopes alive. However, Liverpool’s keeper Allison scored a wonderful goal against West Bromwich Albion in the dying seconds to put them in pole position to claim a Champions League spot.

West Bromwich, priced @ 282/25 to pull off a surprise win, took the lead on 15 minutes. Hal Robson-Kanu celebrated his first league start since December 2017 with a nicely taken side-footed shot. Mohamed Salah equalised for the Reds on 33 minutes, the Egyptian boosting his Golden Boot hopes, taking his league tally to twenty-two for the season.

The headlines, however, belonged to Liverpool goalkeeper Alisson. The Brazilian went up for a corner, and his well-timed header found the net in the fifth minute of added time. Incredibly it is the first time that a goalkeeper has scored a competitive goal in Liverpool’s history, a span of 130 years. The win puts a top-four finish in Liverpool’s hands.

In other games: Leeds overcame the recent hoodoo of the underdogs winning in the early kick-off on Saturday, overpowering Burnley 4-0. Southampton beat Fulham 3-1, and Brighton managed a 1-1 draw with West Ham which realistically ended the Hammers hopes of Champions League football.

In the other Sunday games, Crystal Palace produced a great comeback to beat Aston Villa 3-2, and Tottenham beat Wolves 2-0; Harry Kane scored the opener, taking his total to 22 goals. When you factor in the England captain’s 13 assists, the only players to have had more goal involvements in Europe’s top divisions are Robert Lewandowski and Lionel Messi. 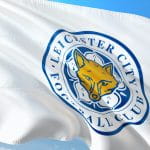 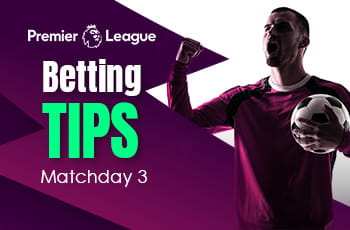