Betting Week in Review – Curtain Goes Down on Tokyo Olympics

In our betting week in review, we feature Team GB’s performance at the Olympics. The games were highly successful for the Brits, who picked up twenty-two golds, vastly exceeding pre-games predictions. 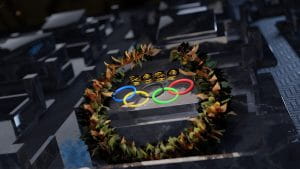 The Olympics Feature in our Betting Week Review © Pixabay.

For fans of Team GB, the long wait for the delayed Tokyo Olympics was worth it.

The sixty-five medals gained consisted of twenty-two gold, twenty-one silver and twenty-two bronze medals. The results meant that Great Britain haul was just two less than they took in Rio in 2016 and saw them finish fourth in the overall medal table behind the United States, China and Japan.

From a British perspective, the games were historic as it was the first Games in which more women had been selected than men. It was also the most successful Olympics for the GB women who contributed twenty-eight of the sixty-five taken in Japan.

Golden Games for the Kenny Family

One of the highlights of the games was the crowning of Jason Kenny and Laura Kenny as the undisputed king and queen of British Olympians.

Sir Chris Hoy described the 33-year-old’s epic win to claim keirin gold as “the best keirin race of all time”, and it saw Kenny crowned Olympic champion for an incredible seventh time on the final day of action from Tokyo.

Sensing a lapse of concentration from Australia’s Matthew Glaetzer with three laps in the race, the Brit went for the sprint, putting 100% effort into the last laps. It was a move that took a field that included Max Levy and Harrie Lavreysen by surprise and allowed the Brit to win by a margin of just 0.76 secs.

The ever modest Kenny said after the race, “When the time came, and Matt left a massive gap, I really didn’t want to go to be honest, I looked and thought ‘It’s too big an opportunity not to try so I just launched it and rolled the dice.”

Although Kenny didn’t see himself as a favourite, the veteran was heavily backed by punters who had faith that a win in Tokyo would seal his fourth gold in consecutive Games. A feat that would see him emulate Sir Matthew Pinsent, Sir Ben Ainslie and Bradley Wiggins.

Their confidence was rewarded with a win that saw him overtake Sir Bradley Wiggins total (eight medals, five gold). The trophy cabinet in the Kenny household is likely to need reinforcing as his wife Laura had just days earlier made history by becoming Britain’s most successful female Olympian.

Laura already had five golds to her name before her madison ride with partner Katie Archibald. But, just like her husband in his win, the British pair of Laura and World Championship madison gold winner Archibald, they produced an almost perfect example of how to win.

Tearing apart the field, they won 10 of the 12 sprints on offer. The 20 points picked up for lapping meant the win was never really in doubt. Denmark and the Russian Olympic Committee took the silver and bronze.

An interesting stat is that the power couple of Laura and Jason have now won 4% of all medals ever awarded to Great Britain’s athletes since the inception of the modern Olympic Games in 1896. With only three years to go to the next Olympic Games in France in 2024, the golden couple could yet make more history.

He said: “Not only has the team made history but it has probably made history on the back of the most complex and most challenging and difficult environment that we will face certainly in my lifetime.

“It has been against all the odds and I think it is the greatest achievement in British Olympic history. It has been the miracle of Tokyo.”

England believes the performance of Team GB at Tokyo has proven that Britain is in great shape for the 2024 Games in Paris.

“The Bryony Pages of this team, winning another bronze after her silver medal in Rio, and the women’s artistic gymnastics team winning a bronze with two 16-year-old twins – these kept the scoreboard ticking over and gave everybody the confidence that the team is in great shape,” England added.

An interesting footnote to the games is the changing landscape of where GB’s medals are coming from. A point Chris Hoy made when he said, “Expectations were mixed going into it. Certain sports didn’t perform as expected, others overachieved.

A breakdown of the medals won shows that cycling is our best sport with twelve medals, closely followed by athletics/triathlon/pentathlon and swimming/diving on eleven.

On nine, sailing/canoe/rowing, traditionally one of our greatest strengths, has now been caught up with boxing/taekwondo.

Other sports, such as skateboarding in which 13-year-old Sky Brown secured an excellent bronze and BMX racing, contributed eight medals, just ahead of equestrian events. Britain received five medals with horses. 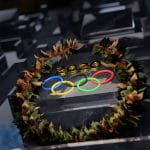 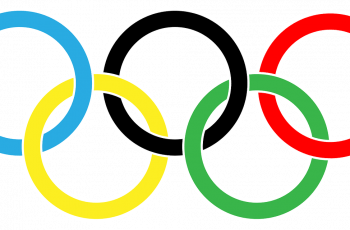 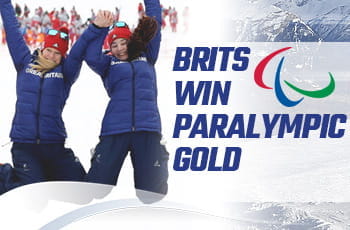