A shock winner in the Great Yorkshire Chase was great news for bookmakers with few punters backing 40-1 outsider Takingrisks. There was also some surprise results in the Premier League including a shock win for the bottom-placed club Sheffield United. 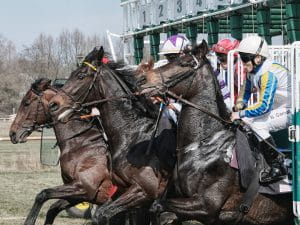 The Great Yorkshire Chase Features in Our Betting Review © Pixabay.

The aptly named Takingrisks was the bookmakers’ darling at the weekend, finishing strongly to take the Great Yorkshire Chase at a starting price of 40-1 at Doncaster.

Trained by Nicky Richards at the Greystoke Stables in the Cumbrian Fells, the horse became the first 12-year-old to win the race in its 73-year history. Takingrisks failed to place in the top three in the Betfair Exchange Rehearsal Handicap Chase, finishing fourth behind Yorkhill (66-1), Whatmore (9/4f) and Cool Mix (7/1). Riden by Sean Quinlan, the horse went 3rd at the 12th but finished six-and-a-half lengths behind the winner.

Perhaps not impressed with the run at Newcastle or swayed by the form of younger horses such as Aye Right (8/1) and favourite Cap Du Nord (4/1f), who had led the field at the last jump, punters avoided Takingrisks. The horse is no stranger to defying the odds though.

Two years ago, Takingrisks won the Scottish Grand National. Living up to his name, he was lucky to have stayed in the race, nearly unsaddling Quinlan at the first fence. With the jockey stating, “I nearly fell off him, I was hanging on to him for about ten strides”. The horse also clipped the final fence, giving a scare to the few punters who backed him but ran on to win @ 25/1 by four lengths from Crosspark, with Cloth Cap and Blue Flight close behind.

In November 2019, Takingrisks also won the Betfair Rehearsal Chase at Newcastle. In his first race for 4-weeks since finishing fifth over the hurdles, Takingrisks chased down Top Ville Ben’s commanding lead on the home straight, overtaking Phil Kirby’s charge who faded badly and was beaten into third by Captain Chaos. Quinlan’s win at Doncaster on Takingrisks is the fourth time the jockey has won on the horse in seven races and caps off a great week for the rider. His mount Navajo Pass beat Buveur D’Air in Haydock’s Champion Hurdle Trial last weekend. These wins have taken Quinlan’s total career earnings to £1,368,285.

It’s been a busy week in the Premier League, with two rounds of games squeezed into six days. Tuesday night’s games went pretty much to the form book with West Ham continuing their excellent form by beating Crystal Palace 2-3. Leeds won the battle of the Uniteds by beating Newcastle 1-2. A rejuvenated Arsenal won 3-1 away at Arsenal, and Manchester City went to the top of the table with an easy 5-0 win against West Brom.

If punters had looked at the results on Tuesday and decided the best tactic for the games on Wednesday was to back the favourites, it was a strategy that would fail with the Premier League returning to being one of the most unpredictable leagues in the world.

It would have taken a brave bettor to have backed Burnley to beat Aston Villa in one of the early games on Wednesday. Goal-shy Burnley had scored just five goals in all eight home league games, and they faced a Villa side who were one of the early leaders of the league and have goalscoring talents such as Ollie Watkins (eight league goals), Jack Grealish (six goals) and Anwar El Ghazi (five goals).

One of these players, Ollie Watkins, gave the visitors the lead in the eighth minute. The 25-year-old converting Matt Targett’s low cross. Villa should have been out of sight, Nick Pope continuing his excellent form in the Burnley goal that has seen him pick up the man-of-the-match award in games against Arsenal, Liverpool and the first league encounter against Villa in mid-December.

Defender Ben Mee equalised in the 52nd minute before the impressive Jack Grealish restored Villa’s lead in the 68th minute. With 14 minutes left on the clock, it was a case of game management for the visitors, but they were stunned by two late goals, one by a low cross by Dwight McNeil that found the net and a Chris Wood header that gave the struggling team a much needed three points.

Draws are always good for bookmakers, with most ‘to-win’ bets usually placed on the home or away teams. Therefore when three of the five games played on Wednesday ended in a stalemate, it was an unexpected bonanza for operators.

Chelsea, under new boss Thomas Tuchel had expected to experience the manager bounce but were held 0-0 at Stamford Bridge by Wolves. A result that wiped out all goalscorer and multiscorer bets. Brighton’s 0-0 draw with Fulham was not unexpected, but still a boost for bookmakers. And Everton’s 1-1 draw with Leicester was also good news. As Leicester was without Jamie Vardy, many tipsters had backed an Everton win.

United Stun United Much to the Delight of the Bookies

2020 was a year to forget for most of us, but for Sheffield United, it was a year when they gained the unwanted title of the worst club in Premier League history. A run of 20 games without a win meant they were favourites by a mile for relegation and some operators even offered odds of them going winless all season.

Those bets would have been lost mid-January when Sheffield United beat a Covid-19 hit Newcastle United. Billy Sharp scoring his 100th goal for Sheffield, scoring from the spot to give his team a vital first win in the league. The United of Manchester posed a much bigger obstacle. Manchester City had overtaken Manchester United at the top of the league, and a win against the bottom club would once again take them to the top of the table. Everyone knew Manchester United would win; it was simply a case of how many.

Sheffield United didn’t appear to have received the script though, taking the lead midway through the first half when Kean Bryan’s header found the net, via the post from a John Fleck corner. Manchester United had a goal ruled out by VAR when Harry Maguire was adjudged to have fouled Aaron Ramsdale before Anthony Martial scored, but the captain made amends by scoring himself in the 64th minute. Sheffield wrapped up the points with just over a quarter of the match remaining, Oliver Burke side-footed shot hit Axel Tuanzebe, and the deflection beat the keeper to regain the lead for the Blades. It was the Manchester club’s first defeat in 13 games and Sheffield United’s first win over the other United since the very first day of the Premier League in 1992.

Pre-match Manchester United were 1/3 on; the draw was priced @ at 5/1 and a Sheffield United victory as high as 14/1.

Shocking results were at a premium in the Premier League’s weekend fixtures, although the weekend did start with Newcastle United winning 2-0 at Goodison Park.

Sailing very close to the relegation zone, Steve Bruce would be a name most football fans would suggest for a name of manager most likely to be next to be shown the managerial exit door.

Without a win in eleven games, few expected the Magpies to put up much of a fight against another team who had led the Premier League, Everton. However, a tactical switch to 4-4-2 and the return of Covid hit key players Allan Saint-Maximin, Jamaal Lascelles and Ryan Fraser’s return from injury saw a much better performance from Newcastle. Two goals from Callum Wilson saw them claim all three points and give them much needed breathing space with a gap of eight points from 18th.

Leeds United continued their erratic run and their 3-1 win away at Leicester, after beating Newcastle 2-1 away means their current form is won two, lost two and won two. Patrick Bamford had a hand in all three goals, assisting two and scoring one. Leed’s win sets the stage perfectly for their midweek game against Everton.

The biggest billing of the weekend was the highly anticipated clash between Arsenal and Manchester United. Arsenal had turned their season around after a poor run in the league and United were looking to bounce back after the Sheffield United defeat. And while the game did have chances, most notably Alexandre Lacazette’s clipped free-kick that hit the bar and two Edinson Cavani chances, one right at the end of the game, the game finished 0-0. Disappointing fans of both sides but, delighting the bookies who came out on top with the draw.

Brighton Win is Perfect End of the Weekend for Operators

Harry Kane’s injury meant Tottenham would be without their talisman for the journey down to the south coast to face Brighton but still would have been confident with Son Heung-Min in the side (twelve goals, six assists) and a rare chance to start Gareth Bale from the start.

The Amex Stadium has been a barren hunting ground for the hosts; they last tasted victory in June last year, and Brighton was the only team in England’s top four divisions that had not enjoyed a home win all season. This changed on Sunday night with a surprise 1-0 win over the visitors that came courtesy of a Leandro Trossard side-footed goal in the 17th minute.

After the game, Jose explained that his players were “sad” after their defeat by Liverpool in their previous game. Stating, “When you are too sad, you have no energy, enthusiasm or confidence, and that was what the team showed in the first half.”

For Brighton, this result puts them within a win of overtaking Burnley, Newcastle and Wolves and mission impossible may not turn out to be so impossible after all if they can build on this win.

For bookmakers, it was a great result. Gareth Bale was heavily backed in the goalscoring market, but the most telling contribution the Real Madrid loanee made was clearing a ball off his own goal line. 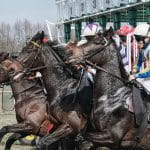