Betting Week in Review: It has been a great week for operators with a surprise result in boxing with Anthony Joshua losing his heavyweight titles. Europe suffered humiliation in the Ryder Cup, and Manchester United lost again, this time in the Premier League. 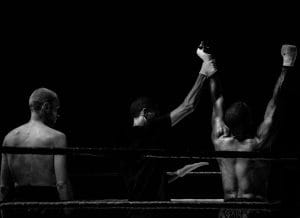 The IBF, WBA, and WBO heavyweight titles now belong to Oleksandr Usyk after the Ukrainian produced an excellent performance to win the championship fight at the Tottenham Hotspur Stadium on Saturday.

Anthony Joshua was priced @13/25 to retain his titles, but the 93/50 outsider Usyk spectacularly produced the goods, winning the fight by unanimous decision after the twelve rounds.

It was only Anthony Joshua’s second defeat of his career after the Brit suffered a shock defeat at the hands of Andy Ruiz Jr in 2019.

In that defeat, Joshua can claim a lucky punch beat him. However, he can have no such defence after this defeat, with Usyk dictating the pace from the first bell.

Holyfield beat many of the sport’s top stars, including Buster Douglas, George Foreman, Larry Holmes, Riddick Bowe, Ray Mercer and Michael Moorer. Although most people will remember his two victories over Mike Tyson the most, including the fight in which Tyson bit off part of Holyfield’s ear.

Haye and Holyfield were likely an inspiration to the Ukrainian, as would his fellow countrymen Wladimir and Vitali Klitschko, who were so influential in the heavyweight division for many years.

Anthony Joshua has already stated that he will activate his rematch clause inserted into his contract with Oleksandr Usyk. Although he may well find that fighting to regain his belts is a different prospect to the last time he lost a title fight.

On that occasion, Ruiz Jr partied hard to celebrate being champion, and Anthony Joshua made light work of the second fight. However, it doesn’t seem very likely that Usyk will fall into that trap, and Joshua may face an even stronger fighter, especially if the fight takes place in Ukraine, as rumoured.

Team Europe lost the delayed Ryder Cup 2020 19-9, the biggest losing score in the modern Ryder Cup era. The Europeans hoped for an unlikely reprieve in the singles, but Team USA claimed eight of the 12 points to increase their gulf.

The Americans already had a hefty lead, six points ahead of the Europeans as they went into the final day at Wisconsin. So all they needed was 3.5 points to regain the trophy.

In 2012, the United States went into the final day leading 10-6 and needed 4 ½ points to secure the win. Europe needed 8 points to retain the cup (a draw) and 8 ½ points to win outright. In the ‘Miracle of Medinah’, Europe produced one of the greatest sporting comebacks ever, winning eight and tying one of the 12 singles matches to secure a 13 ½ to 14 ½ win in Illinois.

Sadly for Europe, there would be no repeat of those heroics. The only highlight of the singles was Rory McIlroy’s win against Xander Schauffele.

Up to that point, the Irishman had had a tournament to forget, and his 3&2 win prevented a winless tournament. Sergio Garcia had been one of the positive’s in the tournament for Europe, enjoying a 100% record. However, his 3&2 defeat against Bryson DeChambeau meant the American’s were on the brink of victory.

Collin Morikawa’s half-point against Viktor Hovland ensured the trophy returned to the USA.

The Villians Smash and Grab at Old Trafford

In the Premier League, the biggest surprise, odds-wise at least, was Aston Villa’s 1-0 away win at Manchester United.

Priced at 7/1, the bookies felt the visitors had little chance against Manchester United (41/100), and such was the expectations around United; you’d have struggled to get anything higher than 6/1 for Christiano Ronaldo to score a hattrick in this fixture.

Ronaldo had four shots, Bruno Fernandes six, Paul Pogba Six and Mason Greenwood had eight, but as much as the Red Devils huffed and puffed, it was Villa who took the lead through a Kortney Hause goal with just a few minutes remaining. Villa could have extended their lead, squandering two great chances. However, It looked like United would at least rescue a point soon after when they were awarded a penalty shortly after. Ironically it was Villa’s goal-scorer who was adjudged to have handled in the box to give United a lifeline.

Pre-match, much of the conversation was centred on who would take a penalty for United if one was awarded. Bruno Fernandes has been prolific from the spot for the reds, but Christiano Ronaldo is a penalty kick specialist. Fernandes took responsibility but ultimately blazed his effort over the bar, the first time in his United career that he has failed to hit the target from the penalty spot.

Although the defeat only leaves the Red Devils a point behind the leaders Liverpool, they have lost two home games in succession after being knocked out of the Carabao Cup exit at the hands of West Ham last week.

The pressure is building on the manager Ole Gunnar Solskjaer. The club has not won a trophy since Jose Mourinho was in charge. The last piece of silverware was when they lifted the UEFA Europa League in May 2017. 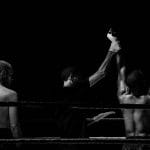