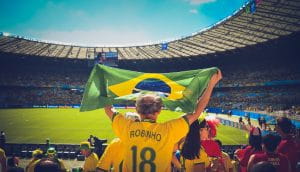 Betsson will be the official regional betting sponsor of the Copa América tournament this summer after agreeing to a deal with the South American Football Confederation (CONMEBOL).

As part of the deal, the operator will become the official regional sports betting site of the tournament, which will be now be held in Brazil this summer after Argentina and Colombia withdrew from hosting duties due to the severity of the coronavirus pandemic in their countries.

The deal will generate a lot of media opportunities, including branding rights, stadium advertising, logo placement on press backdrops. In addition, the Betsson branding will appear on official Copa América banners and will also appear on the tournament’s website and mobile app.

In addition, Betsson’s Colombian brand, Colbet will get a boost as part of the agreement as they will be permitted to include some Copa América branding assets whenever Columbia play in the tournament. This deal is seen as important as the group continues its strategic advancement into Brazil, Colombia, Argentina, and Mexico.

Betsson Operations CEO, Jesper Svensson, said: “The sponsoring of CONMEBOL Copa América 2021 is a further commitment towards our ambitions for this region We will be part of the entire journey to keep fans engaged with compelling, authentic experiences.”

“This is a fantastic opportunity to raise Betsson’s brand awareness to a new level in the markets we’re operating in. We know that CONMEBOL Copa América is a huge event and is very popular in Latam countries, and beyond,” Svensson added.

CONMEBOL commercial director, Juan Emilio Roa said: “We see this partnership as a milestone in CONMEBOL Copa América history. It connects football lovers through the sports passion and cheerful experiences with their national teams’ performance in the world’s most traditional national team competition.”

While becomes Copa América sports betting sponsor is great news for the Betsson brand, the Stockholm-listed company is likely to be worried about the bad press surrounding the Copa América.

The Brazilian president Jair Bolsonaro caused a storm in his country when he announced that they would take over the tournament’s hosting, which is the equivalent of the Euros for South America.

Anti-poverty demonstrators battled with police in Colombia , and the numbers of people affected with coronavirus in Argentina forced the two countries to cancel the holding of the tournament. The changing of the venue to Brazil was met with surprise and outrage in the country, with the second-highest death toll from the virus in the world.

One of Brazil’s top sportswriters, Juca Kfouri, renamed the Copa América the “Cova América” or “Grave of the Americas”. He wrote:

“There is no justification for bringing nine South American teams, and potentially new variants, to one of the epicentres of the pandemic, wasting resources and attention that should be directed towards our thousands of infected patients,”

Earlier this week, Peru revealed that the true death toll of Covid was three times higher than previously reported. As a result, the initial figure of 68,000 was upgraded to at least 180,000.

More than 1 million people have died as a result of Covid in Latin America. Cases in the area account for a third of the global total, even though only 9% of the world’s population live in that region. 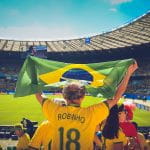