Bet365 has promised to be “in it for the long haul” after applying for a mobile sports betting licence in New York. The betting giant urges its application to be viewed favourably by the state’s regulators. 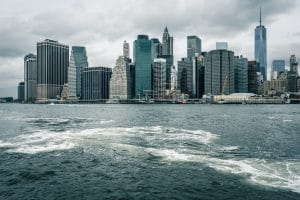 Online betting giant bet365 has stated its intention to be a long-term player in the New York sports betting market if it is granted a sports betting licence.

In its application to the New York State Gaming Commission (NYSGC), the privately-owned company urged regulators to view their application favourably over other companies who the Stoke-on-Trent company claim are “heavily leveraged”.

“We have no plans to sell the company, merge the company or to take the company public,” bet365 wrote. “All of these factors contrast with many of our competitors who are highly leveraged and dependent on outside investment to maintain their business and fund operations.

“Being completely debt-free allows us the financial stability and flexibility to sustain operations however we need to, without relying on outside investments.

Bet365 has existed in the UK since 2000, and in their application, they state they have similar aspirations for New York and are planning for the next twenty years.

“If licensed, bet365 would be an operator that is ‘in it for the long haul’ in New York, with very little likelihood of a merger or acquisition resulting in the loss of our licence and an even lower risk of financial instability that could threaten our operational ability,” the firm explained.

“In a market that is constantly evolving and still in its infancy in the US, we’re not going anywhere,” bet365 added.

Bet365’s foray into America gained traction in 2018 when the bookmaker joined forces with Empire Resorts. The company own Monticello Raceway and Casino in New York. The 230-acre leisure complex has over 1,100 video gaming machines, over 40 electronic table game positions, and other facilities such as lottery terminals. It also has the largest all-weather harness horse racing tracks in America.

As part of the deal, the two companies entered into a 20-year “strategic alliance” in which bet365 would invest up to $50m. Bet365 became the second-largest shareholder in Empire Resorts and would run the casino’s retail betting operations.

In its application to the New York State Gaming Commission, bet365 highlighted its existing global database of more than 63 million customers. They also stressed that they own the proprietary betting platform that customers use and employ “over a thousand” people to work on technology projects alone.

The company promised what it called an “authentic and adaptable” sportsbook for New Yorkers and outlined plans to run operations from bet365’s offices in neighbouring New Jersey.

The company state that they would ensure a high channelisation rate, a stated aim of the New York State Gaming Commission, by offering high pay-outs and customer protection initiatives.

Bet365 also expressed its desire to target advertising “close to the game” and continue its existing strategy of using in-stadia and around fixture advertising. Its wider advertising strategy would focus on four main channels: brand, paid media, partners, and social media.

“We strongly believe in marketing towards an audience that specifically fits the mobile sports wagering category and no broader; we understand that this is not a ubiquitous approach within the category today,” the company wrote. 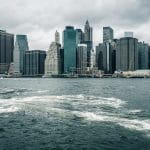