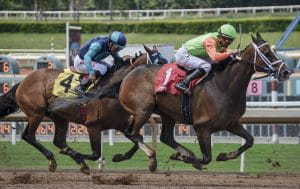 The CEO of Racing Victoria, Giles Thompson, said that Racing Victoria was well aware of the hardship that Australians were facing at the moment, with many losing their jobs due to the spread of the Covid-19 virus.

Thompson acknowledged that there would be concerns with the general public to continue racing, especially when almost all every other horseracing event has been cancelled globally, he said;

In announcing the resumption of racing, I want to assure the Victorian community that racing will continue to operate under strict biosecurity protocols and where required act decisively, as we did when suspending racing yesterday, should there be any risk to the health of our industry stakeholders and the wider community– Giles Thompson, Racing Victoria, CEO

The suspension Thompson refers to in his statement was due to a coronavirus scare featuring Melbourne jockey Mark Zahra. Zahra travelled on a flight that contained a passenger who would prove positive for the virus fifteen days ago. However, a test performed on the jockey proved negative. Allowing racing to continue at Victoria.

Shane Anderson, Senior Director – Group Content & Brand, Better Collective and Editor-in-Chief & GM Content at Racing.com applauded the work that Racing Victoria had done. He tweeted, “Truly outstanding work by Australian racing administrators in being able to work with government to keep the sport going during COVID-19. They are managing it superbly so far across the states.”

While the decision to continue racing in Australia is providing welcome relief for those involved in racing in the country, the situation for the industry in the UK is bleaker. With the British Horseracing Association deciding to furlough the majority of its workforce.

80% of BHA’s staff, which amounts to 200 employees, have been laid off as part of an emergency plan to deal with Covid-19 closures of UK racecourses. The majority of the affected staff are race day officials, but the lay-off list also includes employees working at the association’s head office and staff working at their marketing firms.

Under the government’s Coronavirus Job Retention Scheme, employees who are furloughed can receive 80% of their salary for the duration of the pandemic, up to £2,500 per month.

This move is expected to save a third of the BHA’s annual budget, which is estimated to be £36m a year. The BHA has pledged that the salaries of its board will be reduced as part of the action taken.

The BHA chair, Annamarie Phelps, said the board had considered a wide range of proposals, all aimed at ensuring the survival of the BHA. Phelps stated that appointed members from the racecourses, owners and licensed personnel alongside independent directors were briefed on the impact of this crisis across the whole industry and took this into account in the decision-making.

Phelps added that it was the association’s desire for the resumption of racing at the “earliest possible” date. Racing was cancelled in March in Great Britain, it is currently suspended until the end of April. 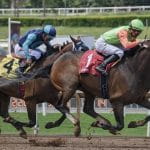 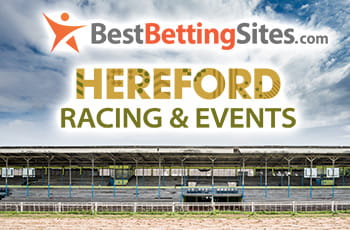 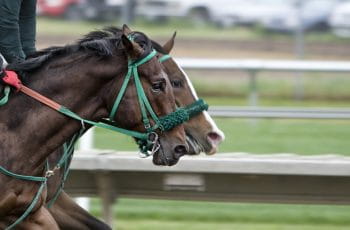 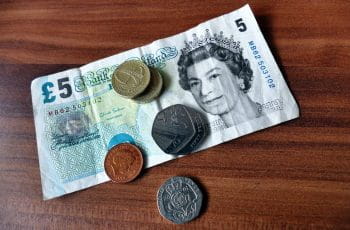