An all English UCL final awaits

English clubs will meet in the final of the UCL for the first time since 2008 when Manchester United beat Chelsea. Both Liverpool and Tottenham overturned first-leg deficits to make it through to the final, to be played in Madrid on 1 June.

Both matches were full of twists and turns and the drama was at melting point. Going into the matches, Liverpool had perhaps the toughest task, having lost in the Camp Nou 0-3 a week ago. Tottenham had to travel to Amsterdam to face Ajax and needed to overturn the 0-1 defeat they suffered at their new stadium.

Origi took his chances and scored two goals for Liverpool against Barcelona.

Klopp called this Liverpool’s greatest comeback and he may be right, however fans will never forget the previous time they came back from three goals down, in the 2005 final against Milan, which they went on to win.

Liverpool needed a miracle, but their victory was well deserved. They were the better team in Barcelona a week ago and barely deserved to lose that match, let alone lose it by three goals. That performance was overshadowed by this one though. Almost every player was immense, and Liverpool won this match by four goals against giants Barcelona without perhaps their two best players, Mo Salah and Roberto Firmino.

Things started well. An early goal by Divock Origi, who filled in brilliantly for Firmino, set the tone. But Barcelona had their chances. Despite being second best in midfield, having Messi on your team is invaluable. He, Suarez, and Coutinho all had chances, but Alisson was unbeatable in the Liverpool goal.

Klopp changed things at half time, knowing that at least three more goals were needed. The inclusion of Georginio Wijnaldum proved to be a masterstroke. The Dutchman scored two goals in three minutes within ten minutes of his introduction at halftime to bring the tie level.

Then, some quick thinking from Alexander-Arnold resulted in Origi’s second and Liverpool’s fourth. Barcelona were asleep instead of preparing to defend a corner. Alexander-Arnold simply passed the ball from the corner spot across goal to Origi, while the Barcelona players dawdled. The goal rightly stood and Barcelona finally realised they had to do something.

Cue a nervy ten minutes as Barcelona held possession and attacked for the first time in the match. But the Reds were never going to concede. Not only had they comeback from three goals down, they had won the match and scored four within normal time. It was a magical night at Anfield and no less than Liverpool deserved.

Questions must be asked of Barcelona. This is the second time in consecutive UCLs that they have had their first leg win overturned by a thumping defeat in a second leg, after Roma did so with a 3-0 win in the quarter-finals last season.

Manager Ernesto Valverde, despite winning a domestic double in his first season and La Liga this season, has admitted that his job will be questioned. Barcelona looked clueless at Anfield, and his gameplan for the match appeared incoherent. Barcelona were toothless in attack and defence, leaving the question of what exactly was their approach in Liverpool? The board are said to be reflecting heavily over the UCL results of the last two seasons and changes could be afoot.

Questions will also be asked of the players. Barcelona looked way out of their depth here. The fans have never really warmed to Coutinho, Busquests is ageing, and Dembele hasn’t impressed since his time at Barcelona. Suarez was also very poor, but Barcelona have no other strikers in their team to replace those on their team. Surely there are some big summer signings on the way.

Lucas Moura was the hero in Totteham’s match with a hattrick.

If the drama of Tuesday night wasn’t enough, then Wednesday night’s fixture between Ajax and Tottenham raised the tension levels even higher. Ajax had won their away leg 1-0 against Tottenham, and then took a 2-0 goal lead in the first half of Wednesday’s second leg. It appeared all over for Spurs.

Fernando Llorente came on at half time and changed the game. The Spaniard’s presence upfront was enough to worry the Ajax defenders, but Llorente also provided many deft touches and class layoffs.

But it was Lucas Moura who stole the show. The Brazilian got Spurs back into the game with a goal in the 55th minute, before following that up with another four minutes later. Llorente’s effort was blocked off the line before the ball fell to Moura inside the Ajax box. There was still plenty of work to do, but some lightning fast footwork and a canny finish into the bottom corner meant Spurs needed just one more.

Ajax dominated the first half but, like in the first leg, were poor in the second half, seemingly unable to cope with being pressed and pressured. But they did have their chances. Ziyech, who was fantastic on the night, hit the post, and Lloris made a number of good saves.

The killer blow came in the final seconds. A long ball forward was flicked on by Deli Alli. Moura’s run was intelligent and a deadly first touch shot was laser guided into the bottom corner. Amid Spur’s jubilant celebrations, Ajax players fell to the floor.

It was the most dramatic of dramatic endings. Spurs winning was far from unjustified, but spare a thought for Ajax, who have lit up this competition and been fantastic throughout. The team contains so many young players, many of whom, including Franke de Jong, will not be at the club next season. It was perhaps Ajax’s best chance to make a UCL final, which makes the pain of losing in such circumstances even more acute. 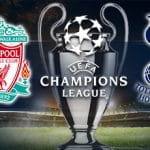