888 Holdings has issued a press release detailing a constitutional complaint made to the German Federal Constitutional Court regarding a prohibition on the services of a subsidiary in the German state of Baden-Württemberg. 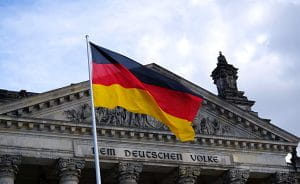 Regulatory uncertainty persists in Germany, with many operators pulling out of the market. © Pexels.

The ban on online casino, poker and scratchcards was issued in Barden-Württemberg against foreign operators offering online gaming and sports betting services.

This ruling was then subject of an appeal by 888. However, in November last year, the German Federal Administrative Court ruled against 888 and upheld the ban, stating that the ban is constitutional and does not violate any European Union (EU) law.

888 Holdings stated that after consultation with legal council, it has filed the complaint on the grounds that the ruling infringes on constitutional rights and that it is odds with EU law relating to the freedom to provide services.

The operator is hoping to reverse the decision based on these legal contradictions.

888 to fight to stay in the German market

Pre-tax profits fell heavily at 888 in the last financial report for 2017. Despite revenue increases in most arms, including a 45% increase in sports betting revenues, pre-tax profits fell by around 65% compared to the previous year.

The regulatory landscape in Germany had a lot to do with this and some operators are exiting the German market altogether, such as Novomatic, who announced in January they would pull out of Germany.

The Federal Constitutional Court in Germany is likely to take some time to reply and regulatory uncertainty in Germany persists, with many claiming the framework for gambling law needs a masive overhaul.

Despite this regulatory uncertainty in the country 888 is set to contest the ruling and fight to stay in the market.

In the press release, 888 Holdings said:

After consulting with legal counsel, the group’s subsidiary has filed a constitutional complaint with the German Federal Constitutional Court in which it has asserted its position that the ruling of the German Federal Administrative Court infringes its constitutional rights, as well as its rights under EU law (including the freedom to provide services), and hence should be reversed. The company will continue to closely monitor the legal and regulatory developments in Germany and their implications on the status and of its offerings in this market.– Statement, 888 Holdings 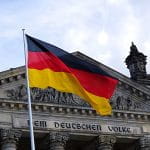