Online gambling provider 888 Holdings has posted a record $17m pre-tax loss in the first half of 2017. The losses follow a heavy fine from the UK Gambling Commission and charges related to tax provisions in Germany in recent years.

Despite the net loss, revenue actually rose across all 888 Holdings operations. Between January and June 2017, revenue rose by 9% to $270.1 million, up from $262m in 2016. The sports division performed particularly well, with revenue up 35% since last year. However, these increases actually meant a slowdown in long-term growth that may have some analysts worried.

888 has delivered further revenue growth and operational progress in the first half of 2017 resulting in a 9% increase in revenue at constant currency. This pleasing outcome was driven by continued growth in 888’s core Casino vertical, strong momentum in the fast-growing 888 Sport and a good performance in Poker.– Itari Frieberger, Chief Executive Officer at 888

A turbulent first half of the year

It’s been a turbulent start to the year for 888 Holdings. © Gaming Awards

However, ‘exceptional costs’ have derailed what could have been a record half-year performance from the firm.

One contributor to the net loss was a fine recently imposed upon the company by the UK Gambling Commission for failing to protect vulnerable customers. The UK’s gambling industry watchdog found significant failings from 888 in relation to its social responsibilities in two specific instances. A technical error allowed users who had self-excluded themselves from the company’s site to continue to access their accounts on the bingo platform, while one customer was able to deposit money stolen from his employer at 888, along with staking over £1.3m over a 13-month period. The fine totaled £7.8m.

Further significant costs were incurred due to disputes surrounding a fine related to VAT on services in Germany in the years prior, amounting to $45.3m. In total, penalty charges for the period were $50.8m.

Looking forward, Chief Executive Itari Frieberger remained confident, stating that “trading in Q3 has started well and in line with the Board’s expectations”, while also warning that “enhanced regulation in the UK around areas such as television advertising and bonuses will impact overall UK market growth”. With an overall strong performance, 888 Holdings remains open to mergers and acquisitions.

You can read the half year results in full on the 888 Holdings Investor Relations page. 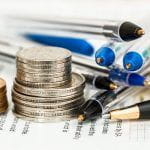