10bet has partnered with EFL Championship football club West Bromwich Albion as the club’s official betting partner for the 2018/19 season. 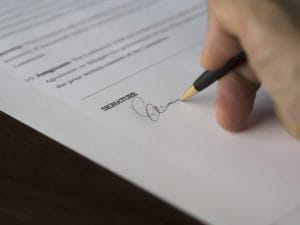 10bet has become the official betting partner of both Blackburn Rovers and West Bromwich Albion. © Pexels.

The deal comes as 10Bet undergoes a significant marketing push in the UK to raise awareness of the brand.

The online gambling operator will be the club’s official sponsor and the 10bet logo will be shown on the club’s shirt.

The partnership will also offer fans of the club unique betting opportunities, along with access to the industry leading features of the 10bet online and mobile platforms.

West Bromwich Albion were relegated from the EPL last season after an eight-year stint and will feature in England’s second highest division, the EFL Championship, this year.

As the Official Betting Partner of West Bromwich Albion, we are committed to building a strong relationship with the team and its loyal, passionate fanbase. Albion are a club steeped in tradition and history and we’re proud to back the Baggies’ campaign to reclaim Premier League status and to seeing our new visual identity on their kit.– Daniel Corcos, 10bet marketing director

West Brom are not the only Championship side 10bet has recently put pen to paper with.

Last week, the operator confirmed a multi-year deal with Blackburn Rovers. That deal will see 10bet as the club’s official sponsor at the stadium and on the shirt, as well as advertising in the club’s matchday programme.

We are delighted to welcome 10bet on board as the club’s principal sponsor. It is great to partner with a forward-thinking brand which, like ourselves, has ambitious targets over the coming years. With the launch of 10bet’s new visual identity, the timing is perfect, and Blackburn Rovers are the ideal vehicle for projecting the power of their brand in the UK market. Hopefully our journey together will bring great success, both on and off the pitch.– Steve Waggott, Blackburn Rovers chief executive

With two official betting partnerships signed in the last two weeks, 10bet is keeping true to its word of embarking on an aggressive expansion strategy in the UK. 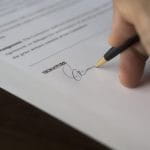