Sports betting site 10bet teams up with Italian champions Juventus in a three-year deal. It is shaping up to be a major deal for the bookmaker and announces them to the world. 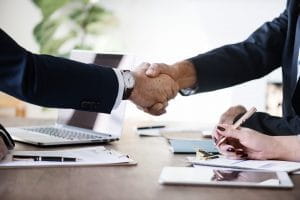 10bet and Juventus strike a deal.

Online sports betting and casino brand 10bet is the official gaming and betting partner of Serie A club Juventus. The three-year agreement will see 10bet create promotional content as well as producing marketing campaigns directly aimed at fans of the Turin-based club. 10bet plan to develop exclusive content and will give customers the chance to win Juventus themed prizes such as matchday experiences.

Five years ago, Juventus had 14,378,079 Facebook and 1,700,000 Twitter followers, but this figure rose dramatically last year, mainly due to the Italian club signing Portugal superstar Cristiano Ronaldo from Real Madrid for £99.2m in July 2018. When Ronaldo signed, Juventus’s social media networks gained 1.5 million followers in a single day. The Twitter appeal of Juventus now stands at 6.17 million; however, that figure is dwarfed by the club’s Facebook followers who now stands at 33 million. It is this global appeal of Juventus that the new deal hopes to take advantage of.

A spokesperson for 10bet said his company was thrilled to be in partnership with such a prestigious brand as the Italian champions and believed that both 10bet and Juventus shared many of the same values. Adding;

We are passionate about presenting our audiences with the most unique and entertaining products and we’re confident this will be a mutually beneficial long-term partnership – Spokesperson, 10bet.

Chief revenue officer for Juventus, Giorgio Ricci, announced that the two companies would work together on an exclusive basis outside of Italy and said the new deal as a result of the companies sharing an interest in “global markets and audiences” which Ricci noted was a key theme for both 10bet and Juventus. Ricci, who has held his current position since October 2018 has full responsibility for all the Company’s revenue lines believes the partnership fits into the club’s international growth project. A project that Ricci said has been in place at Juventus for several years.

Juventus have been dominant in Serie A in recent years, they have been crowned champions of Italy’s top league a remarkable eight times in a row, a sequence that started in 2011. They were winners of the top European honour in 1985 (beating Liverpool at the Stadio Olimpico in Rome) and a decade later in the 1995-96 season (beating Ajax of the Netherlands, also at the Stadio Olimpico). The team had expected to challenge for the Champions League after the signing of Ronaldo, but the team fell at the quarter-finals stage, 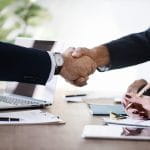