Wakefield City Council are to create a taskforce that will investigate just how severe the risks and effects of problem gambling are to young people in the city. 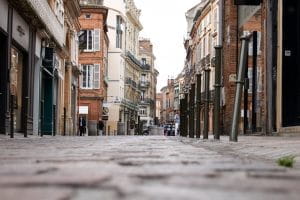 There are seven bookmakers with outlets in Wakefield City centre alone. © Pexels.

The taskforce will assess the impact of betting on the health of young people in the city.

Two City Council scrutiny committees will be tasked will leading the probe, with officials from the licensing department also set to contribute.

The move comes in response to the ever-increasing number of betting shops that are sprouting up in the city. There are currently 51 high street bookmakers operating in the district.

Councillors have named fixed-odds betting terminals (FOBTs) as the number one concern. Despite a ruling earlier this year to cap maximum bets at £2 – down from £100 – on these machines, gamblers continue to bet high amounts on FOBTs, with the ruling not set to be implemented until next year.

When I worked in adults and social care, one of the things we looked at was the triangle of gambling, drugs and fast food. It was like a Holy Trinity, of which gambling was a huge part.– David Jones, Wakefield City Councillor

The move has been backed by the UK Gambling Commission, who said it ‘wholeheartedly’ supports the creation of the taskforce. The Commission continues to push the narrative of problem gambling as a public health issue.

The city’s concerns echo those of the Commission, who believe young people are especially vulnerable.

In support of its efforts to officially classify gambling as a public health risk, the Commission has begun work in collaboration with GambleAware and the Responsible Gambling Safety Board (RGSB), to attempt to map out a methodology for measuring gambling related harm on health.

In June, the Commission published further plans to protect children and young people from the risks of gambling.

This included measures to limit the exposure of gambling to young people, consumer engagement, and preventative education and training. 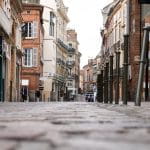