The Gambling Commission warns companies to act with integrity and to pay customers winnings before leaving the UK market.

High-profile departures from the UK’s competitive online gambling industry have led to the UK’s Gambling Commission reminding operators of their responsibilities. Exits by Every Matrix and ComeOn have prompted the Commission to warn operators that their departure from the UK market shouldn’t disadvantage customers. The Commission said that those operators who are planning on winding down operations in the UK are expected to conduct the process with ‘integrity.’ The UKGC emphasised that the operators must have adequate financial resources to pay any liabilities before they exit.

The regulator highlighted the need to educate the customer about the increased risk of long-term bets. Popular among sports betting fans, bets like who will win the 2022 World Cup are high risk in the event of insolvency. The Commission wants the operators to inform the customers that these are vulnerable bets and to detail what protections, if any, are in place.

The Commission warned that any subsequent request to re-enter the UK market at a later date would be judged on the operator’s conduct while leaving. The Commission was hinting that any complaints against the operator could increase their chances of severe conditions being imposed on them or even the prospect of a license being refused in extreme cases.

In guidelines released to the operators, the commission stated that they expected any gambling company who were exiting from the UK to show ‘they are in control of the situation’ and this should be done by keeping customers informed. Information for consumers regarding complaints and redress options against the operator should be provided. The operators are also expected to discharge their financial liabilities as well before they leave the UK market.

The Commission also offered advice to consumers, advising them to be familiar with the terms and conditions that they agreed to when opening an account with the online betting site. Customers were also advised to check the level of protection that is in place on deposits held by the operator.

Although offering advice to consumers, the Commission reaffirmed its role in the process and reiterated that it doesn’t act as an arbitrator in disputes between former licensees and customers. The regulator reminded operators that under the current legislation that the licensee agreed to when applying, the operator was bound to appoint an alternative dispute provider. This third-party should help the customer settle the dispute. If a compromise cannot be reached with the customer, the Commission has the legal powers to launch a civil action case against the offending operator.

The Gambling Commission themselves have been the subject of criticism regarding the increasing numbers of operators who are closing their UK facing operations. Ever-tightening regulations were blamed by ComeOn Casino’s Chief Executive Lahcene Merzoug as one of the primary reasons why they decided to leave the UK, he said;

UK is a very mature and highly competitive market, and the financial risks are big. We have never had a non-compliance breach, but we’ve seen competitors being fined big numbers and that creates uncertainty.– Lahcene Merzoug, ComeOn Casino’s Chief Executive.

The CEO also revealed that he felt the UK license had lost its symbolic value, stating at one time you needed a UK license to be seen as credible. Stating that as the UK was never a big market for ComeOn, concentrating on other European markets in which they held licenses made more economic sense. ComeOn and Every Matrix’s departure from the market follow on from BetBright and 188bet who stopped servicing UK customers last year. 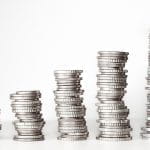