The UK Gambling Commission (UKGC) has launched its new National Strategy to Reduce Gambling Harms and with it has brought together the widest network of stakeholders to tackle problem gambling. 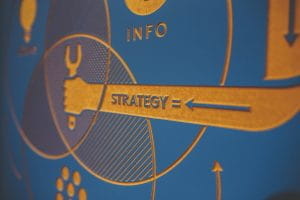 The new strategy has brought together the widest network of stakeholders ever assembled. © Pexels.

The three-year strategy has brought together health bodies, charities, regulators, and businesses to work on two priority areas.

The first is prevention and education, with the strategy aiming to make “significant progress towards a clear public health prevention plan which includes the right mix of interventions”.

The Commission stated that it will continue its “firm regulatory enforcement approach” along with the increased focus on the above policy areas. The possibility of establishing a new national research centre will be investigated, and work is already underway to build a national data repository.

The success of this strategy relies on everyone working together to reduce gambling harms through prevention and education, and treatment and support. Everyone has a role to play to combat gambling harms and I’m delighted that the health sector, charities and businesses are showing their commitment to get behind the strategy and make it a success. We all need to better understand the harms that can be caused by gambling, moving away from simply counting problem gamblers and instead build a greater understanding of the harms experienced. Over the lifetime of the strategy we will better understand the full range of harms and how to protect against them.– William Moyes , UKGC chairman

The sheer number and breadth of stakeholders brought together under the strategy has never been seen before. Public Health England are to conduct a first ever review into the public health harms gambling causes in England.

The NHS will also be involved. Speaking about the strategy, Claire Murdoch, national director for mental health at NHS England, said:

The NHS is playing its part with the Long Term Plan committing to an increase in mental health services for patients with a gambling problem but gambling addiction is not just the NHS’s problem – it is an issue for the whole of society affecting people of all ages and backgrounds which is why it is everyone’s responsibility to act. That is why the NHS looks forward to working closely with our partners to protect vulnerable people and ensure they have the right support.– Claire Murdoch , national director for mental health at NHS England

You can read more about the strategy on the new accompanying website launched this week. 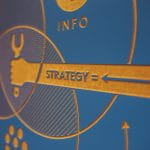