The United Kingdom has become the 31st state to sign the ‘Macolin Convention’. The convention unites European countries against match-fixing and result manipulation of sporting events. 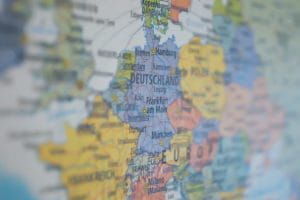 The UK has become the 31st country to join the Macolin Convention. © Pexels.

Sports & Civic Society Minister Mims Davies has confirmed the UK has joined the Macolin Convention. In her first action since taking the role, Davies signed off on a directive that saw the UK join a European alliance formed to eradicate sport manipulations.

The convention was formed with the purpose of facilitating national co-ordination and international co-operation against the threat of the manipulation of sports competitions. Although much of the convention’s aims will affect criminal activity, it is the effect on sport, rather than eradicating criminal gangs, that is a driving force.

In discussion with stakeholders, Davies discussed the impact that match-fixing has on the integrity of a sport, and how it robs the spectator of the enjoyment of watching an event they can trust. She emphasised the need for co-operation on the subject, saying:

While I’m confident that we have a robust system in place to prevent match-fixing, we cannot be complacent. It is a cross-border issue, and only through a coordinated international effort can we mitigate the risks–Mims Davies, Sports Minister

The convention aims to ‘establish a set of standards and measures at international level to be implemented by public authorities, sports organisations and betting operators in order to prevent and combat manipulations of sports competitions’. Additionally, there is an agreed international framework for monitoring and reporting of the effectiveness of the implemented measures.

Joining the convention means the government agree to legally binding rules which must be followed. One of these conditions is that the government must take a mediational role in ensuring that public authorities, sports organisations and betting operators work together to implement preventative measures against sports fixing. All members will identify a national platform that will be used to report suspicious betting activities and this information will be shared with all members. Member organisations are also responsible for considering the most suitable means to fight against operators of illegal sports betting.

The lucrative nature of betting, especially involving the English market, can make it a very attractive target for criminals. Sport fixing is nothing new, with American football, Australian football, badminton, baseball, basketball, boxing, cricket, handball, motorsports, snooker, tennis and even e-sports all being involving in fixing controversy recently. All of these sports can be wagered on at both online and traditional bookmakers.

An alliance to prevent match-fixing is not a new idea. In December 2013, six people in Britain, including Blackburn forward DJ Campbell, were arrested for their alleged involvement in fixing football games. Brussels-based gambling watchdog FederBet identified suspicious bets and contacted the National Crime Agency who made the arrests.

Sometimes the attempts to make money in bets do not involve the players but rather the venue itself. In 1997, the lights at West Ham’s Upton Park went out. This seemingly innocent technical failure netted a Malaysian betting syndicate a six-figure sum. Four-weeks later the same thing happened at a Wimbledon vs Arsenal game. A later attempt at a Charlton vs Liverpool match saw the culprits caught and four men jailed for their part in the conspiracy. After this plan was foiled it was believed that the syndicates turned their attention to other sports, with cricket and boxing being attractive to criminal gangs. 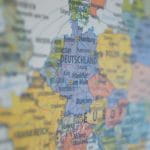