Members of Parliament have heavily criticised the media rights deal that is in place with the Football Association and betting companies. MP’s described the deal as “shameful” and have called for reform of gambling laws. 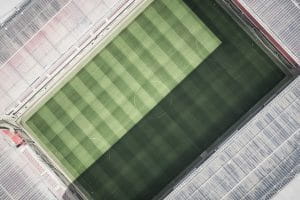 The FA has been criticised © Pixabay.

Carolyn Harris, Deputy Leader of Welsh Labour who chaired the all-party parliamentary group debate, said: “everything about this deal is shameful.”

Fellow APPG member Ronnie Cowan echoed Harris’s sentiments. Tweeting after the debate, the SNP MP said that during the urgent questions session that it was “no longer about the love of the game”. The 60-year-old called for government intervention and the power to veto future deals. Cowan added that it was necessary to tell the gambling industry what to do, rather than rely on self-regulation. He too called for a completely new Gambling Act to be introduced.

The Member of Parliament for Swansea East added;

The all-party parliamentary group debate centred around the deal between bet365 and media rights company IMG which was agreed in 2018. Under the terms of that deal, bet365 was able to stream FA Cup games live on its sports betting platform.

Criticism of the deal has been fierce, especially after all Emirates FA Cup third-round ties started a minute later due to a Heads Up campaign. As part of this initiative, fans were encouraged to “consider the positive impact 60 seconds can have on their wellbeing or in supporting a friend or family member”.

The Minister in charge of the Department for Digital, Culture, Media and Sport Nigel Adams claimed in the debate that the government was “very angry” about the broadcast deal and had contacted the Football Association and asked them to review the deal. Adams also revealed that six other operators had signed similar deals with IMG and while he did not mention the bookmakers involved, the Guardian newspaper later claimed these companies are Betfair, William Hill, Coral, Ladbrokes, Unibet and Paddy Power. All of which have streamed FA Cup games on their betting platforms the Guardian claims.

Speaking in defence of the gambling industry, Brigid Simmonds, chairman of UK trade body the Betting and Gaming Council (BGC) said its members did not seek exclusivity for the rights to screen FA cup games. Simmonds said that due to this fact the bookmakers were “happy” for IMG to offer deals to other organisations, such as the FA, which would enable games to be viewed for free. Views shared by bet365, GVC, Flutter Entertainment, William Hill and the Kindred Group.

Former sports minister Tracey Crouch disagreed with this sentiment and attacked the FA claiming the association was “distasteful, naïve and a long way from what good governance of the sport looks like”. Crouch also highlighted the contradiction of the FA who themselves decided to sever all ties with gambling companies at the end of the 2016-17 season. The Football Association has pledged to review FA Cup streaming right arrangements from the start of the 2024-25 season. MP’s are demanding that this review be brought forward. 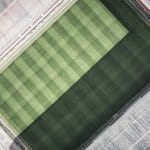