The UK regulator has launched a two-month consultation into the way bookmakers manage VIP customers. Seven new measures are proposed and will be introduced in October if agreed.

The UK Gambling Commission (UKGC) last week launched a consultation with the industry over proposed changes to the Licence Codes and Conditions of Practice (LCCP) concerning high-value customer accounts.

The regulator is seeking input and discussion on whether to accept and implement seven new measures that have been proposed by a collaboration by the Betting and Gaming Council (BGC) and GVC. These proposals include; a legal requirement to undertake regular and ongoing assessments into customers before VIP incentives are granted.

The proposals also call for the introduction of more assessments that must prove the customer’s affordability. There will also be more emphasis on the operators performing due diligence checks on both standard customer accounts and high-value accounts.

Operators will also be required to maintain full audit trails of all decision making concerning VIP accounts, information that led to these decisions must be kept, and a nominated senior executive will be accountable in ensuring compliance.

The UKGC has, in recent years, changed its approach in regards to changes in the licensing terms and conditions, preferring a collaborative approach with operators encouraged to find solutions in working groups. The regulator has already voiced its approval over measures proposed that would see an end of incentives offered to staff based on a customer’s spend or loss figures.

Other suggestions that the Commission is in favour of are prohibiting under 25’s from joining VIP schemes and an obligation to transparency and complying with best practice measures throughout the industry.

In a report entitled Industry Challenges that the Commission released in October last year and updated this month, the UKGC said they had challenged operators to tackle three key areas that had the potential to make gambling safer for consumers. These areas for focus were VIP accounts, game and product design and the use of Ad-Tech to protect children, young people and vulnerable adults online.

In respect of VIP accounts, the regulator said it would be exploring what metrics they could use to monitor the number of VIP accounts. The Commission will also investigate what contribution these accounts make to the operator’s gross gambling yield (GGY) and how many VIP accounts applications are refused due to due diligence being performed.

The regulator feels these metrics are needed as customers who are classed as VIP’s are more “heavily engaged” which increases the risk of gambling-related harm. While the percentage of GGY is important to know as the Commission feels that the “disproportionate financial value” of these customers can lead to a conflict between regulatory compliance and commercial objectives.

In the report, the regulator states:

We are concerned that these regulatory challenges have not been consistently met by licensees. This has resulted in repeated instances of gambling-related harm and, in some cases, failure to prevent criminal proceeds being spent on gambling.– UKGC, statement

It goes on to say that, “evidence from our compliance and enforcement work and the feedback we have collected from consumers suggests that existing regulatory requirements that cover all customers are not being tailored and applied effectively to VIPs”. The Gambling Commission has confirmed that operators will have a maximum of three months to conform to new measures if introduced, with progress being monitored through targeted compliance assessments. 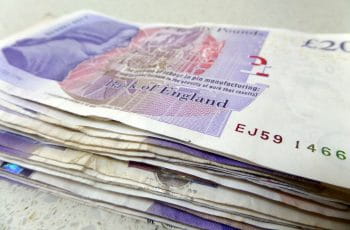