The Minister for Sport, Civil Society and Loneliness, Tracey Crouch, has resigned from her role over what she considers unnecessary delays to the £2 cap on FOBTs (Fixed Odds Betting Terminals). 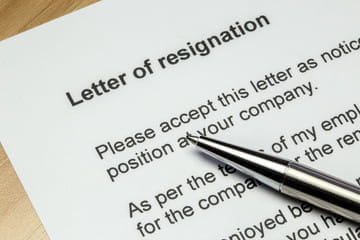 The latest budget announcement from Philip Hammond may see the government implementing higher tax rates of 21% (compared to 15% before) on betting companies from April 2019 onwards, but action on FOBTs has been delayed until October. For Tracey Crouch, who has been one of the key backers of this £2 cap, this delay was too long, prompting her resignation. This move was widely anticipated after she didn’t turn up in Commons on Thursday morning to answer questions.

Her move has been praised on social media by both the Archbishop of Canterbury Justin Welby and Boris Johnson, the latter stating that she “deserves huge credit not just for her campaign but for sticking up for her principles”. The Prime Minister responded by saying that the Government had always intended to make the change next year, stating that it was simply a question of making the decision run smoothly: “Having taken the decision to make this very significant cut in maximum stakes, we must ensure that this change can be implemented in an orderly and effective manner to make sure it delivers on the results we all want to see.”

She wrote in her official resignation letter to Theresa May that:

I know there is never a good time to resign and appreciate that this will be an unwelcome distraction, but as the Secretary of State for Digital, Culture, Media and Sport said in the House this morning, it is a fact of Government that ministers must adhere to collective responsibility and cannot disagree with policy, let alone when it is policy made against your wishes relating to your own portfolio. – Tracey Crouch, Minister for Sport

FOBTs, introduced by the Labour party in 2001, has been a sticking point for the current administration, as one can easily bet £100 every 20 seconds, leading them to be dubbed the “crack cocaine” of high street gambling. 14% of all people who use these machines are problem gamblers. Moving the amount a person can bet to just £2 would drastically decrease the amount of money one can lose and any potential for money laundering. The cap would be an obvious policy win for the Tory government, who are looking to remodel their nasty image after many years of austerity. The key problem they face is how to plug the £400m a year in taxes these machines generate, which is probably why they have introduced the higher tax rates first.

Meanwhile, the Labour party will use this issue to score points against the Tory administration, forcing the changes to be made next April. Labour’s deputy leader Tom Watson commented in the Commons on Thursday that the government was “capitulating to the gambling industry” and favouring “corporate interests over victims, profits over public health and greed over good.” Its worth noting that in the time between the policy being announced and being implemented, the money generated from these machines will total £2.7bn. 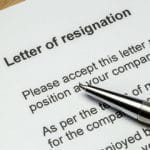