Cross-party thinktank Demos has run a pilot in British schools to teach children about the dangers of gambling and where to get help and support for problems associated with gambling. 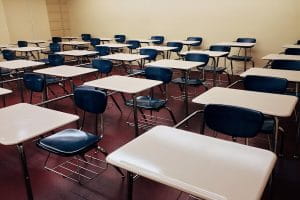 The scheme was piloted in four lessons over twelve months. © Pexels.

The lessons were run in secondary schools as a way of dealing with the high numbers of school-aged children that take part in gambling. The UK Gambling Commission’s 2017 Young People and Gambling report found that 25,000 children in the UK are problem gamblers, while 12% of 11-16 year olds had gambled within a week of being surveyed.

While school curriculums incorporate education around the dangers of other risks, such as sex, alcohol and drugs, gambling and its associated risks rarely feature.

The aim of the programme was to educate children about the sometimes manipulative behaviour of gambling companies, so that they can learn to manage their impulses and evaluate risk and reward, along with showing them where to turn incase they or anyone then know needs help with a gambling problem.

The programme began with a series of four lessons which were piloted in schools across the UK to around 650 students. Of those pupils, almost half (41%) said they had gambled in the last year, while 17% had played on fruit machines and 14% had bet money on playing cards.

Given that young people are routinely taught about the risks of drugs, alcohol and underage sex, the fact that so few are taught about gambling is an anomaly. Problem gambling can wreak havoc on peoples’ lives, not to mention their friends, families and the wider economy. Prevention is clearly preferable to treatment later down the line. These lessons encourage pupils to weigh risk, manage impulses and advise others – all things that can help prevent problem gambling and other risky behaviour too.– Simone Vibert, social policy researcher at Demos

The scheme ran over twelve months, throughout which Demos found that the numbers of children gambling on cards declined 7%. Demos also found that more pupils were able to explain how to help those with gambling problems, such as being able to describe where to go to get assistance.

Due to these results, Demos will recommend to Government that lessons on gambling should be included as part of the PHSE (personal, social, health and economic) education, which the Government is currently reviewing. 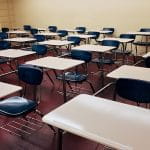